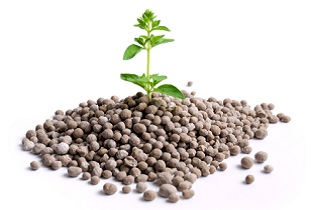 The country’s request is being met with a mixed response. Russian potash miner Uralkali already said no to India’s appeal, and analysts predicted the other potash producer will follow suit. “There won’t be a price revision, we cannot offer discounts for individual markets while global demand is high and our plants are working at full capacity,” Vladislav Baumgertner, CEO of Uralkali, said in an emailed statement. Potash producers are currently facing an unprecedented challenge to increase output in order to meet growing demand for the crop nutrient. Record-high soft commodity prices have increased farmer’s incentives to maximize yields, and the best way to maximize yields is to fertilize.

Indian Officials of two potash buyers, who declined to be named, said they have sought discounts of $20-$30 per tonne for potash from suppliers, but they have not been successful so far. Commenting on Uralkali’s rejection, U.S. Awasthi, managing director of Indian Farmers Fertilizer Co-operative (IFFCO), the country’s top fertilizer firm, told Reuters “We are still hopeful and there is a reason for the price cut.”The product prices are such that demand (within India) is falling.”

Indian fertilizer firms are seeking these discounts despite previously agreeing to purchase potash for $470 per tonne for 2011 and $530 per tonne for 2012 shipments in August. Previously, India was hesitant to settle potash contracts even at $470 per tonne, and was late inking contracts with potash suppliers compared to other purchasers. At one point, they even threatened to forgo potash purchases all together. Last year, potash was imported at $370 per tonne. Preliminary estimates are that, in the face of high prices. India will likely cut potash imports 17 percent in the year to March 31, 2012.

Phosphate suppliers, on the other hand, have been more willing to slash prices. Global suppliers of diammonium phosphate (DAP) and complex fertilizers agreed to cut prices on term contracts of the soil nutrients by $35 per tonne and $25 per tonne respectively, according to Awasthi. Phosagro, Russia’s largest phosphate fertilizerproducer confirmed Aswasthi’s claim. Phosagro said that it has cut current contract prices for India Potash Ltd. (IPL) and Indian Farmers Fertilizers Cooperative Ltd. (IFFCO). In return, the companies committed to buying additional volumes, with Phosagro holding a seller’s option over those supplies. Phosagro exercise its option, it will have all of its phosphate fertilizers sales contracted by April 2012, according to Timur Belov, a company spokesman.

“The recent substantial rupee devaluation has caused a dramatic increase in fertilizer prices for India’s domestic market,” Phosagro said in its statement.  According to IFFCO, The price of diammonium phosphate was cut by $35 a metric tonne, while the rate for complex nutrients that include a mixture of nitrogen, phosphate and potash was reduced by $25 a tonne.

Germany’s K+S AG, (ETR:SDF) Europe’s largest potash producer, announced on Tuesday that it will move forward with construction of the $3.2-billion Legacy project in Saskatchewan. Production is expected to begin in 2015 with the project reaching full capacity of 2.86 million tonnes of potash per year in 2023, with a plan to expand capacity to 4 million tonnes in the future. Initial infrastructure construction works in the areas of water supply, electricity and road developments as well as drilling activities have already begun at the site. K+S, obtained the project a year ago in the $434-million purchase of Canada’s Potash One, since the purchase, K+S has been revising and optimizing the existing feasibility study.

Securities Disclosure: I, Leia Toovey, hold no direct equity interest in any company mentioned in this article.

Top Uranium Stocks on the TSX and TSXV
Cannabis Market Update: Q2 2021 in Review
Top Canadian Biotech Stocks
How to Invest in Cobalt