Mining giant BHP Billiton (ASX:BHP) is looking for partners after making the decision to spend another $2.6 billion on its Jansen potash project in Saskatchewan. 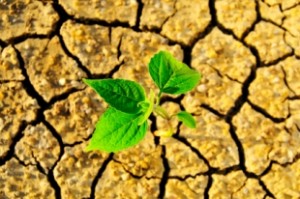 Mining giant BHP Billiton (ASX:BHP, NYSE:BHP) is looking for partners after making the decision to spend another $2.6 billion on its Jansen potash project in Saskatchewan. BHP will move forward with Jansen at a slower pace, spreading the investment out over the course of several years. Even with the addition of a partner, the company plans on completing two mining shafts by 2016.

According to BHP’s CEO Andrew Mackenzie, so far it seems that the search for a partner has been going well. “We have actively been approached and have approached people to see what might be possible” over selling a stake in the Jansen project, Mackenzie said on a call.

Despite BHP having dropped 30 percent in profits on account of lower commodity prices and overall wariness in the potash market, Mackenzie is confident that Jansen will be a low-cost operation, especially considering the slow timeline. “Everything we’re doing, by giving ourselves more time, by using our productivity agenda to drive down capital costs and drive down operating costs, means we’re only going to improve from where we are today,” he said.

BHP’s announcement comes nearly a month after Uralkali walked away from Belarus Potash Company, a move that is expected to dramatically change the industry. With this in mind, it could be that the company views the move by Uralkali as fast-forwarding a more market-focused price for the fertilizer material, boosting its confidence in Jansen’s economics.

Acron, one of the world’s largest fertilizer producers, warned investors that it could be at least 2014 before the potash market recovers from the breakup of the potash cartel. However, despite its less-than-positive view on the current market, Acron sees BHP’s plans for Jansen as a positive move for the potash sector, believing that the longer term outlook for potash is strong.

Stability in the potash market “may happen within the next three to six months”, said Acron. He cautioned that volatility is hurting the market for its core product of NPK (a mixture of nitrogen, phosphate and potash),  Agrimony reported.

Adding an extra layer negativity to market sentiment, HSBC has downgraded its rating on the potash industry. The firm is warning investors to steer clear from down-in-the-dumps potash stocks. Analysts at the firm told investors in a research note that on the whole it does not recommend building an overweight position in the potash sector.

“Altogether, the next 12 to 18 months may be characterized by a fair amount of competition in what was once an oligopolistic industry. There may be good reasons for Belaruskali and Uralkali not to choose this ruinous path of behaviour, but we would not consider such scenarios as a base case for investment at this stage,” the firm said.

See our exclusive index of Potash companies on the move
EXPLORE