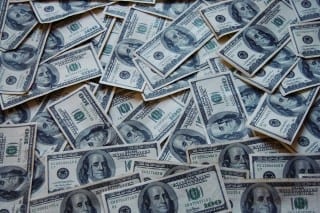 Despite tough circumstances across the resource space, quite a few fertilizer companies have managed to secure funds for their projects in recent weeks.
The first announcement came from DuSolo Fertilizers (TSXV:DSF) on August 10. That day, the company received a C$750,000 bridge loan facility from its largest shareholder, Tembo Capital Mining Fund. DuSolo applied for the loan to increase its cash position and to quite literally weather a storm — a longer-than-expected rainy season and delayed government subsidies to farmers both contributed to depressed demand for agricultural fertilizers in the early part of this year’s planting season.
More recently, DuSolo announced that it will be implementing a series of initiatives at its Bomfim agromineral project in order to combat lower-than-anticipated product sales. The plan includes using the bridge loan, which it’s already received, as working capital as it begins to accept forward sales contracts. The company also plans to reconfigure the Bomfim processing plant in order to increase DANF output without installing additional hammer mills; that will save the company C$400,000 as it looks at alternative sales strategies.


DuSolo Fertilizers Inc. (TSXV:DSF) is a vertically integrated producer of phosphate-based fertilizers in Brazil, with their flagship asset the Bomfim Agro-mineral Project located in the Cerrado region. DuSolo intends to capture 30 percent of the marketplace for phosphate in the north-eastern region of the Cerrado within the coming 3 years. Connect with DuSolo Fertilizers and instantly receive their next catalyst.Send me an Investor Kit
Another company in the phosphate space that’s secured funds is Aguia Resources (ASX:AGR), which also has projects in Brazil. On August 26, the company announced the completion of a private placement for AU$9.5 million through the placement of 55.88 million new fully paid ordinary shares.
The shares were issued to institutional and sophisticated investors at a price of $0.17 each. The company said that price was “an excellent outcome and reflects the strong support the company has received from existing and new investors.” This new capital should fully fund Aguia for up to two years.
Aguia said that environmental permitting work at its flagship Tres Estradas phosphate project is to begin immediately, and in September it will begin aggressive drilling at Joca Tavares and Cerro Presto. Just last week, the company provided the results of a preliminary economic assessment at Tres Estradas; it points to a NPV of $273 million and an IRR of 25 percent.

Taking a different approach to funding is Potash West (ASX:PWN,OTC Pink:PWNNY), which is selling its non-core interest in the South Harz project in Germany in order to focus on advancing its other project, the Dinner Hill phosphate and potash project in Australia. The company said on August 18 that the project will be sold to Davenport, a wholly owned subsidiary of Arunta Resources (ASX:AJR), in return for Davenport shares. Potash West is expected to own 28 percent of Davenport afterwards, meaning it will maintain exposure to the project.
“Whilst maintaining significant exposure to South Hartz, the company can continue to progress its other projects: The Dinner Hill phosphate and potash project in the Dandaragan Trough and its ground-breaking extraction technologies,the 100 percent owned K-Max technology and the 25 percent owned Li-Max technology,” Potash West’s managing director, Patrick McManus, said in a press release.


Give me my free report!
Finally, Highfield Resources (ASX:HFR), another ASX-listed company, has been working to raise capital for its Muga potash project in Spain. In May, the company announced a placement to issue 56,125,000 fully paid ordinary shares priced at AU$1.80 each in order to raise AU$101 million. More recently, Highfield reported that it has agreed to a project finance mandate for Muga with four major commercial European banks.

All in all, it’s nice to see that despite the current low price environment and generally quiet summer months, companies in the fertilizer space have still managed to secure funds. No doubt those interested in the potash and phosphate spaces will be watching to see what these four companies do next.

Securities Disclosure: I, Kristen Moran, hold no direct investment in any of the companies mentioned in this article.
Related reading:
Potash West Boosts Potash and Phosphate Resources at Dinner Hill Project