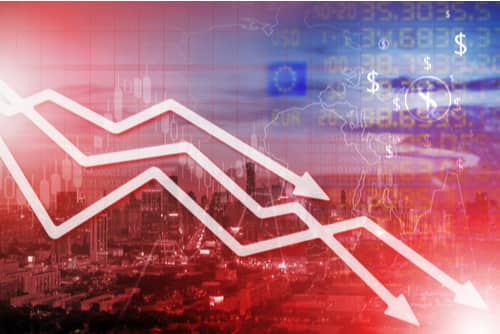 Verrica Pharmaceuticals’ treatment could become the first one given the seal of approval by the FDA to treat molluscum contagiosum.

Verrica Pharmaceuticals (NASDAQ:VRCA) said on Wednesday (November 27) that the US Food and Drug Administration (FDA) has accepted its investigational new drug application (NDA) for VP-102, a treatment for a viral skin condition.

In a press release, Verrica Pharmaceuticals said the regulatory agency has set mid-July of next year as the Prescription Drug User Fee Act date for the company’s NDA for VP-102 to treat the condition, called molluscum contagiosum.

Molluscum contagiosum is common in children, although adults can contract it as well. As it currently stands, there are no approved treatments for molloscum contagiosum, putting Verrica Pharmaceuticals’ treatment in line to be the first one given the seal of approval by the US Federal Drug Administration (FDA).

“The acceptance of this NDA for review is the next step toward bringing patients and their caregivers a safe and effective topical therapy for this common, highly contagious viral skin disease that carries a substantial social stigma,” Ted White, president and CEO of Verrica Pharmaceuticals, said in a press release. “We look forward to working closely with the FDA during this review period.”

According to White and demonstrated in clinical trials conducted by the company, if molloscum contagiosum is left untreated it can lead to lesions that last for roughly 13 months with molloscum “lasting for several years.” He explained that the condition can also be contracted by others.

Both trials  — CAMP-1 and CAMP-2 — evaluated VP-102’s safety and efficacy when compared to a placebo. Additionally, each trial met its primary endpoint of the condition being successfully cleared up.

Now that the company’s application has been accepted by the FDA, the company said it plans to move ahead with evaluating VP-102 in a Phase 3 trial for common warts in the first quarter of 2020. The topical treatment is also currently in a Phase 2 trial to treat external genital warts.

In a press release issued in October, Verrica Pharmaceuticals provided an update on its programs, including VP-102’s progress in common warts.

The company said its Phase 2 COVE-1 open label study in common warts cleared all of the warts up by the 84th day of the trial, which was the primary endpoint, and stayed that way by day 147.

“The results from the … COVE studies clearly demonstrate that VP-102 has the potential to address the substantial burden of molluscum, as well as provide an important therapeutic option to treat common warts,” White said in October.

While VP-102 is the company’s lead product candidate, Verrica Pharmaceuticals is also developing its second product, VP-103. VP-103 is in the pre-clinical development stages as a potential treatment for planters warts.

Over Wednesday’s trading period, shares of Verrica Pharmaceuticals were down 7.59 percent to close the session at US$15.71.

On TipRanks, Verrica Pharmaceuticals has a “moderate buy” ranking with a high price target of US$24, which is a 52.77 percent increase from its current price. Oren Livnat, an analyst at H.C.Wainwright reiterated his “buy” position for the company on Wednesday.

One response to “Verrica Pharmaceuticals Dips on FDA IND Acceptance”