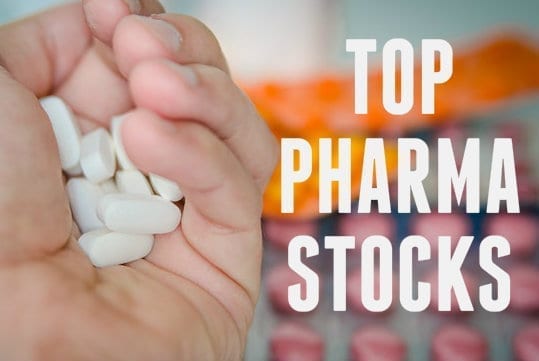 INN has compiled a list of the top performing pharma stocks of 2017.

In 2017, pharmaceutical companies evolved  to keep up the pace with their drugs. Pharma continues to become more dependent on medtech and are following the health industry’s direction towards a more patient-centric model of care.
While the pharma companies adjust, so too do their stock valuations. With the industry estimated to become an $800 billion industry, investors are continually becoming ever more interested in finding the best pharma stocks.
As such, here the Investing News Network (INN) has put together a brief overview of pharma stocks on the TSX and NASDAQ that have seen the most share price gains in 2017.  The companies listed below have market caps of less than $700 million but not less than $50 million with data compiled from Google Finance.

1. Theratechnologies (TSX:TH)
Market cap: $607.94 million; current price: $ 8.10 .75; 2017 percentage gain: 162.04  percent
Our first TSX-listed top pharma stocks is Theratechnologies. The company specializes in creating products for HIV patients. 2017 was a big year for the pharma company. Theratechnologies announced in February that it  had new data from its  phase three trial of HIV monoclonal antibody and long-acting investigational antiretroviral drug Ibalizumab. The drug is being studied for the treatment and prevention of HIV infection. The new data showed encouraging results. By March, the company declared that it  had acquired the commercial rights to Ibalizumab in the European Union. In June, the FDA granted Ibalizumab a priority review and by August, the pre-license inspection for  Ibalizumab’s manufacturing facility was completed.

Market cap: $62.87 million; current share price: $0.30; 2017 percentage  gain: 114.81 percent
Acerus is a Canadian company founded in 2008. Their areas of focus include urology, hormone replacement therapy and female sexual dysfunction. The company also markets ESTRACE in Canada, a product for menopause symptoms, and NATESTO, a nasal gel product used for patients with hypogonadism. Acerus did well in 2017. . They announced a licensing agreement for NATESTO with Therios Healthcare, a specialty services company that acts like a one-stop-shop for pharmaceutical companies. In October, Acerus declared that they had signed another licensing agreement with NATESTO, this time in Thailand, Malaysia/Brunei, Singapore, Vietnam, Philippines, Hong Kong/Macau, and a month later in Brazil.

Market cap: $522.04 million; current share price: $6.08;  2017 percentage gain: 102.12  percent
Aurinia Pharmaceuticals is next on our top pharma stocks list. The company is a biopharmaceutical firm in its clinical stage. The firm is focused on specialty therapies, such as their Voclosporin, which is an investigational drug being studied for treating Lupus Nephritis. Just before  year-end close of 2016, on December 28th, Aurinia closed $28 million in financing;not a bad way to move into 2017. In February, the company announced encouraging results from the Japanese phase one of their ethnic bridging study for Voclosporin. In March, Aurinia closed a whopping $173.1 million from their public offering. Aurinia later announced the first dosing of a patient in the third phase of the Voclosporin trial. By the end of the year, Aurinia stated that they would be added to the NASDAQ Biotechnology Index on December 18, 2017.

Catalyst Pharmaceuticals (NASDAQ:CPRX)
Market cap: $340.74 million; current share price: $3.95;  2017 percentage gain: 272.38  percent
Catalyst Pharmaceuticals is a biopharmaceutical company that specializes in creating therapies for people with rare debilitating neuromuscular and neurological diseases such as Lambert-Eaton Myasthenia Syndrome (LEMS). The company is developing a GABA-aminotransferase inhibitor for treating epileptic seizures in infants. In 2017,, Catalyst announced positive results from their phase three trial of their product Firdapse. The drug is being tested for patients with LEMS. The company also launched a phase two trial of the same drug, this time used to treat patients with Spinal Muscular Atrophy (SMA). In the last quarter of the year, Catalyst proposed a public offering of common stock and closed it with proceeds of $53.6 million from the sale. The company intends to use the funds to continue studies for Firdapse.

Market cap: $74.78 million; current share price: $2.87; 2017 percentage gain: 263.47 percent
Cerecor is a clinical pharmaceutical company focusing on neurological and psychiatric drugs. Their leading investigative drug is CERC-301, which is being studied for the treatment of treatment-resistant depression. In 2017, Cerecor closed a private placement of $5 million with Armistice Capital. The company stated they intended to use the funds towards the trials of CERC-501 and CERC-611. Cerecor also announced “encouraging” results from their proof of concept trial of CERC-501 in May. In August, the firm sold all of their rights to CERC-501 to Janssen Pharmaceuticals for $25 million. In October, Cerecor regained its compliance with the NASDAQ minimum price bid. Perhaps the biggest news of the year for Cerecor was its acquisition of TRx Pharmaceuticals, paying initially $23 million for TRx and $4 million for Zylera Pharma Corp.  According to the company “TRx shareholders will be eligible to receive up to an additional $7 million in contingent payments”.

Market cap: $ 224.48 million; current price: $3.45;2017 percentage gain: 182.61 percent
CASI Pharmaceuticals is last but not least on our top pharma stocks. The biopharmaceutical company is dedicated to developing cancer treatments. CASI’s stated in September that their drug EVOMELA, was granted priority review for its clinical trial application by China’s Food and Drug Administration (CFDA). They also claimed their other drugs, MARQIBO and ZEVALIN are both in the process of CRDA review.
CASI announced their agreement to sell an aggregate of roughly 7,951,868 shares of its common stock, and raised $23.8 million. The company stated they intended to use the funds to support their business development activities.

What pharma stocks did you follow last  year? Which ones are you excited about in 2018? Let us know in the comments below.
Don’t forget to follow us @INN_LifeScience for real-time news updates.
Securities Disclosure: I, Amanda Kay, hold no direct investment interest in any company mentioned in this article.