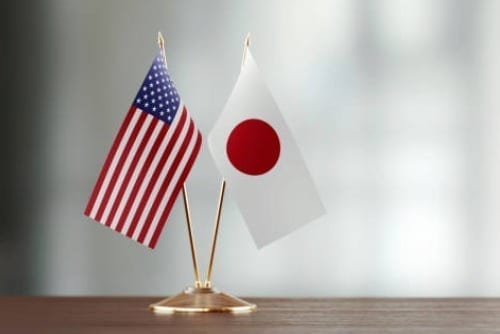 Takeda Pharmaceuticals may become a top global drugmaker with positions in treatments for cancers, gastrointestinal diseases and nervous-system disorders.

Japan’s largest drugmaker is attempting to buy big pharma company Shire (NASDAQ:SHPG) for approximately $61.34 billion (£44 billion), which could be the company’s biggest acquisition ever.

Takeda made the proposal last Thursday (April 19), and Shire’s board is now considering a position regarding the offer. It plans to issue a statement “in due course.”

Back in November, Takeda CEO Christophe Weber said he was interested in partnerships and deals to expand the company’s pipeline and identity “beyond the pharmacy shelves of its home market,” states a Bloomberg article published at the time.

This acquisition would accommodate those needs for the company while allowing it to enter the hemophilia market.

Shire is a global biotech company that focuses on rare diseases in hematology, immunology, genetics, neuroscience and internal medicine, with growing areas of interest in ophthalmics and oncology. For its part, Takeda is focused on therapeutics in oncology, gastroenterology and neuroscience, plus vaccines.

Takeda has now made four proposals to Shire; as mentioned, the fourth and most recent was announced this past Thursday, the same day as the third.

The premium is about 58 percent compared to Shire’s closing share price on March 23 of $41.56 (£29.81) — before rumors of the acquisition may have triggered a price share change.

Based on the fourth proposal, following Shire’s acceptance, the company’s shareholders would own about 49 percent of the enlarged Takeda.

That said, there are some concerns the deal will not go through. Fumiyoshi Sakai, a Tokyo-based analyst at Credit Suisse Securities, told Bloomberg, “Takeda is just desperate to beef up its pipeline, and they’ve been doing small bits of acquisitions on the biotech side,” questioning how it will finance $40-some billion.

Bloomberg has noted that analysts believe Takeda needs to “boost the cash portion of its offer — currently 62 percent is in stock.”

On Friday (April 20), the day of Shire’s announcement addressing the fourth proposal, TipRanks shows that three analysts released reports with price targets from $195 to $222, all with “buy” ratings.

Cantor Fitzgerald analyst Louise Chen said in a note to investors, “based on our conversations with shareholders, [the fourth proposal] seems like a reasonable starting price for a negotiation, but we think people will want to see $200+ unless it’s all in cash.”

Interested investors should watch how the companies respond to the current offer. Whether Takeda wins and completes this acquisition or not — which would be a major breakthrough in its plan to go global — the company has many recent updates from its own pipeline, including a collaboration with the Drugs for Neglected Disease initiative, announced in the beginning of the April.