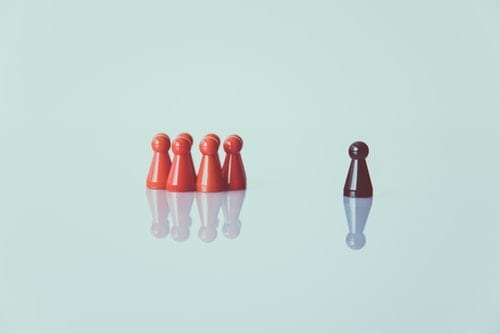 Its lead drug candidate, called devimistat (CPI-613), works to target enzymes involved in cancer cell energy metabolism. According to a CPI-613 fact sheet, the drug is based on the Altered Energy Metabolism Directed Platform and is an investigational small-molecule.

When combined with other treatment methods such as chemotherapy or immunotherapy, CPI-613 “starves” the cancer cells of metabolic energy, which makes it more difficult for the cells to “harvest energy and reproduce.”

In an interview with the Investing News Network (INN), Sanjeev Luther, president and CEO of Rafael Pharmaceuticals, said CPI-613 has the “uniqueness” of only hitting cancer cancer cells and not the healthy cells.

Luther explained that Rafael Pharmaceuticals is one of the “very few” companies out there which is “further along” when it comes to cancer metabolism, adding that most immuno-oncology (I/O) drugs don’t work in solid tumors like in pancreatic cancer.

Luther said that CPI-613 is “one of the very few drugs out there” that works both on hematological malignancies, which includes cancers like AML, lymphomas multiple myeloma and myelodysplastic syndromes (MDS), and of course solid tumors like the pancreas.

According to ClinicalTrials.gov, CPI-613 is currently in 15 studies which are either recruiting, completed or are active but not yet recruiting. Luther said its phase 3 program of CPI-613 with modified FOLIFRINOX is geared towards patients aged between 18 and 75 with metastatic adenocarcinoma of the pancreas, and is “enrolling as we speak.”

In addition to targeting pancreatic cancers, Rafael Pharmaceuticals is focusing on other difficult cancers to treat, such as Burkitt’s lymphoma and metastatic colorectal cancer. Luther told INN that its Phase 2 study for patients with relapsed or refractory Burkitt lymphoma and leukemia and high-grade b-cell lymphoma should have interim analysis this year.

He said the the hope will be to have Phase 3 analysis read out by Q2 2020 to the Independent Data Monitoring Committee, which will then decide if it wants to inform the company or go to the US and Food and Drug Administration.

When it comes to the company’s drug candidates and treatments, Luther said that Rafael Pharmaceuticals is the only oncology company that has five orphan drug designations in major disease areas.

“Burkitt’s … would probably be the most ultra orphan that we have because of a small patient population,” he said. “But then you have pancreas, which is about 60,000 [people].”

Luther said that with pancreas, AML, t-cell, MDS and Burkitt’s, that’s roughly 100,000 people in the US the company has the potential to treat, which is a “very large number” in oncology.

“As the two companies further align, we strengthen our capacity to leverage their complementary attributes for mutual benefits,” Jonas said in January’s release.

With the help of Rafael Holdings’ stake in Rafael Pharmaceuticals, Rafael Pharma is poised for a busy year — this year and next — with the company’s main goal being to have its Phase 3 program “fully up to speed” in 2019.

“The main [goal] is to take care of the patient population, as many patients globally as we can,” Luther said, adding that the company “also has the plan to go outside the US.”

See our exclusive index of Pharmaceutical companies on the move
EXPLORE