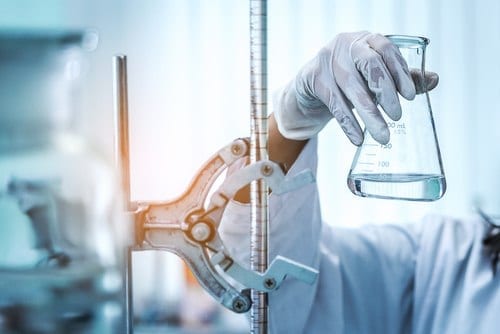 Propanc Biopharma (OTCQB:PPCB) is involved in developing a technology aimed at direct effects on cancer stem cells and recently wrapped up preclinical research.

In the interview above, James Nathanielsz, CEO of Propanc, told the Investing News Network (INN) how the company’s technology works. The company has been developing a cancer drug, PRP, for the last 10 years, which has two pro enzymes that stop the spread of cancer, as shown in preclinical research. Nathanielsz said the immediate focus is to “complete the final stages of manufacturing and enter into human trials with the drug.”

Developing this drug began with how the company discovered the modality of pro enzymes. The enzymes have significant direct effects on cancer stem cells, which take on the traits of a stem cell and become “motile and invasive,” he said. This process is why standard therapies don’t always work and the cancer returns, Nathanielsz added.

With the drug the company induces cell differentiation, which pushes the cells back to behaving normally, to become benign, he said. This is the biggest differentiating factor between Propanc and other cancer stem cell therapy companies.

Part of an early-stage company, securing intellectual property is key. Propanc has entered into three patent applications at the national phase level, “targeting jurisdictions around the world,” Nathanielsz said. Securing this “protects our investments and adds value to shareholders,” he added.

In December 2018, the company announced a patent granted in India. Other outstanding applications are in Canada and Brazil. Previously approved patents were in most of Europe, the US, and other major territories.

He said as the company progresses, it plans to find a suitable licensing partner for the drug. Other recent progress consists of advances in manufacturing by working closely with the manufacturer to refine and purify the naturally-derived pro enzymes. The company can now “manufacture [the pro enzymes] up to the pharmaceutical standards above 95 percent,” Nathanielsz said.

The company is also “commencing [its] drug discovery program to develop a backup compound to PRP, he said. Nathanielsz added the company thinks it can further enhance the drug by developing a single peptide that could become the “new gold standard for the way we treat metastatic cancer for solid tumors.”

Propanc is headquartered in Australia and stretches globally with international partnerships.

To hear more from INN’s interview with Nathanielsz, watch the video above.