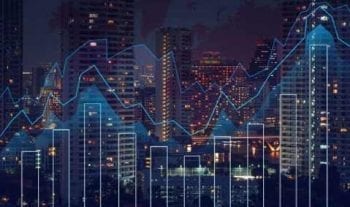 Over 250 federal lawsuits across the US are currently holding pharmaceutical companies responsible for the opioid epidemic jointly demanding billions of dollars, according to an ABC News article. Though most of these companies are worth billions, these legal proceedings are still causing stock prices to drop as more lawsuits are announced.

The cause of these lawsuits the city wants to hold the pharmaceutical companies responsible for the millions of dollars in costs related to the opioid epidemic. On February 6, ABC News reported that lawsuits, like the one Alabama attorney general Steve Marshall  said Purdue, “violated a state law against deceptive marketing practices and created a drug-related public nuisance.”

One of the companies with the most serious allegations, which includes bribing doctors and lying to medical insurance companies, is Arizona-based Insys Therapeutics (NASDAQ:INSY). The drug involved in the lawsuits was Subsys (fentanyl sublingual spray). It was developed for cancer patients to deal with pain who become opioid-tolerant from other drugs—like morphine. In 2013, sales of Subsys increased 719 percent from the fourth quarter of 2012 resulting in a high return for investors, in 2013.

The first lawsuit against Insys was announced in February 2016, directly from its purchasers with the law firm Kessler Topaz & Check. By October 2017, John N. Kapoor and fellow colleagues of Insys were charged with pushing prescriptions of the drug, according to CBC News.

As cities and states picked up on what Insys had been doing, it has been linked to the outpour of abuse and overdose deaths related to opioids and fentanyl, which has lead to the influx of lawsuits filed between 2016 and 2018.

“At a time when the opioid epidemic was ravaging New York, Insys Therapeutics allegedly marketed a drug illegally by blatantly disregarding the grave risks of addiction and death that opioids pose,” attorney General Schneiderman said in the statement.

The opioid epidemic at a glance

In 2016, about 64,000 people died in the US from drug overdoses, the top three drugs responsible for the deaths are all opioids including fentanyl, heroin, and prescription opioids, according to the National Vital Statistics System. Many patients initially prescribed opioids for pain—anything from sports injuries to the late stages of cancer—became addicted and turned to illegal opioids when their prescription was up.

For most of these cases, especially with the attorney generals, they alleged the pharmaceutical companies failed to warn prescribers and patients about the addictive qualities of the drug. Or, in some cases the companies bribed doctors to prescribe the harmful drugs, and lied to healthcare insurance companies to avoid additional authorization, according to a Times Union article.

The intention for the money from the most of these lawsuits is to make up for the financial damage done to the health sector and community and address opioid addiction, but the Atlantic reported, “there may be no way to guarantee that states are using the money to address opioid addiction,” and added some skeptics see the lawsuits as political campaigns only. Not all of these lawsuits are equal, many are targeting Insys specifically and others are focused on a broader range of pharmaceutical company that carry opioid products.

Investors picked up on the high sales and shares of Insys skyrocketed by 903.49 percent from $2.50 in January 2013 to reach $28.56 by January 2016, according to Google Finance. Through all those years Subsys was the main revenue pushing growth for the company.

Negative articles about Insys marketing behaviour began coming out in 2015, the first was an article by Southern Investigative Reporting Foundation. After every article published the stock price would drop further, nearly 50 percent after just four articles. Most of the articles published outlined the illegal and unethical marketing of Subsys, including paying doctors to prescribe the drug and off-labeling it—prescribing the drug for conditions it wasn’t approved for.

Ever since legal proceedings were filed against Insys in February 2016, its share price has dropped 52.27 percent to $7.75 as of Thursday’s close.

Insys has already begun to settle some settlements, but analysts still recommend holding and strong buy for the company, according to Nasdaq. One article from Alpha Beta Stock chose Insys for the top buy today (February 8, 2016) Eddie New wrote, “Volatility is simply a measure of the predictable daily price range—the range in which a day trader operates. More volatility means greater profit or loss. After a recent check, Insys stock is found to be 7.20% volatile for the week, while 7.09% volatility is recorded for the month.”

Another article by CB Insights, explains the lawsuits may not hit pharmaceutical companies hard because they can develop substitutes, “Pacira Pharmaceuticals and Nektar Therapeutics mentioned opioids more than other companies by a large margin. Pacira Pharmaceuticals creates a non-opioid alternative to post-surgical pain management, and Nektar creates an opioid without euphoric effects to avoid addiction.” These companies have already come up with non-opioid pain substitutes, which could be a worthy investment.

Don’t forget to follow us @INN_LifeScience  for real-time news updates.

Securities Disclosure: I, Gabrielle Lakusta, hold no investment interest in any of the companies mentioned.

One response to “How Are Pharma Stocks Affected by Opioid Lawsuits?”