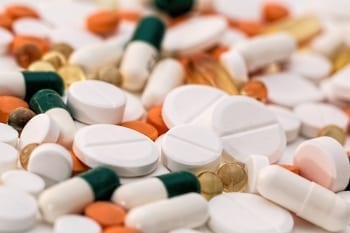 In a move set to foster market competition, the US Food and Drug Administration (FDA) announced on Tuesday (June 27) a list of an off-patent, off-exclusivity branded drugs without approved generics list.
The agency noted it was changing its policy regarding the review process of generic drug applications.
“The FDA will expedite the review of generic drug applications until there are three approved generics for a given drug product,” the agency explained in a statement, since data indicated consumers see a “significant price reductions when there are multiple FDA-approved generics available.”


Give me my free report!
This list can effectively serve as a guide for companies looking for new revenue streams to enter the branded drug market for any of the ones highlighted by the FDA.
The list doesn’t include approved new drug application (NDA) products within the past year since there hasn’t been enough time to determine whether there will be abbreviated new drug applications (ANDAs).
CNBC reported that an analyst note from Wells Fargo pointed to one company potentially being the biggest target of this list: Valeant (NYSE:VRX; TSE:VRX).
“We note that some of these products are listed by Valeant as at risk of facing potential competition in the coming years,” analyst David Maris wrote. “However, what is new is the FDA’s focus on expediting competition on these products. We believe this is a risk factor for investors to be aware.”
FDA commissioner Scott Gottlieb said the previously indicated statement that the agency must do their part to help patients in getting the treatment they require.
Gottlieb said he was committed to pursuing additional policies to “reduce the burden on patients” struggling to pay full price for the medicines they may require.

Despite the potential threat this list represents to Valeant, Maris also said this essentially is a “shopping list” for generic companies working on those drugs. “[I]t shows their filings, if early, will get priority.”
The list included Daraprim, the infamous anti-parasitic drug for which Martin Shkreli faced public infamy by increasing its price 5000 percent in 2015.
However, according to CNBC, some experts didn’t seem as thrilled about the FDA’s move since instead of fomenting competition; they said it could provide an easier way to exploit drugs in a similar way to Daraprim.
The move by the FDA can be seen as a way to prevent this situation from happening again and is in line with commissioner Gottlieb’s strategy to lower the price of drugs and accelerate their approval process.
Don’t forget to follow us @INN_LifeScience for real-time news updates.
Securities Disclosure: I, Bryan Mc Govern, hold no direct investment interest in any company mentioned in this article.

What is Genetics Investing?
Gold Price Well Above US$1,600 as COVID-19 Cases Increase
Indonesia: Coronavirus Will Delay US$11 Billion in Projects
Pharma Space Facing Challenges Due to Uncertain Policies