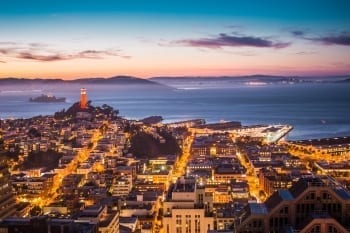 Another surprising upset came out of this election: the defeat of Proposition 61, or California’s Drug Price Relief Act.

Another surprising upset came out of this election: the defeat of Proposition 61, or California’s Drug Price Relief Act.
Prop 61 would have ensured various state agencies received drugs at the same discounted price paid by the US Department of Veteran Affairs. That’s a savings of around 24 percent. Proponents said the measure would restrict the greed of pharmaceutical companies, while opponents argued it would actually lead to drug price increases for the vast majority of Californians.
Echoing the Presidential race itself, polls over the ballot initiative predicted a far different outcome than what we saw: Prop 61 seemed to have major support from the ‘yes’ side preceding the election, although the gap narrowed as November 8, 2016 drew closer.


Give me my free report!
Part of that may be due to the massive spending power of Prop 61’s opponents. The successful ‘no’ campaign was backed by big pharma—and big pharma dollars. Merck (NYSE:MRK), Johnson & Johnson (NYSE:JNJ), AbbVie (NYSE:ABBV), Allergan (NYSE:AGN), Pfizer (NYSE:PFE), Amgen (NASDAQ:AMGN) and more all made financial contributions that enabled the opposition to outspend the ‘yes’ campaign six times over.
As Life Science Investing News has reported, Prop 61’s measures would have affected relatively few Californians—between four and seven million people, in a state with some 40 million residents. So in some ways, this financial outpouring from the ‘no’ campaign—which totaled US$109 million—is surprising.
But a ‘yes’ vote would have established a precedent—one the pharmaceutical industry seemed to see as dangerous. It “will reverberate all over America,” Senator Bernie Sanders said in a campaign ad, speaking to the bill’s potential to limit the power of pharmaceutical companies not just in California, but across the country.
Of course for Sanders, that was a good thing.
Californians ultimately voted down Prop 61—a win for big pharma. The stock market reflects that, with the five largest pharmaceutical companies all making gains yesterday. November 8, 2016 seems to have delivered the desired results for this industry.
But Trump’s win, and the defeat of Prop 61, don’t mean pharmaceutical companies are out of hot water yet. As we’ve noted elsewhere, President-Elect Trump has also spoken out against the industry’s price gouging. This issue won’t be out of the spotlight any time soon.
Indeed, Californians’ rejection of Prop 61 does not equal an endorsement of big pharma. The Drug Price Relief Act would only have reduced costs for a select part of the state’s population: students, inmates and retirees, for example. Perhaps Californians are waiting for a more inclusive measure.
Either way, pharma isn’t out of the woods yet. Although defeated, Prop 61 did strike one major blow against the industry, drawing more attention to the already hot topic of price gouging. In 2017, don’t expect those conversations to die out.
Don’t forget to follow us @INN_LifeScience for real-time news updates.
Securities Disclosure: I, Chelsea Pratt, hold no direct investment interest in any company mentioned in this article.