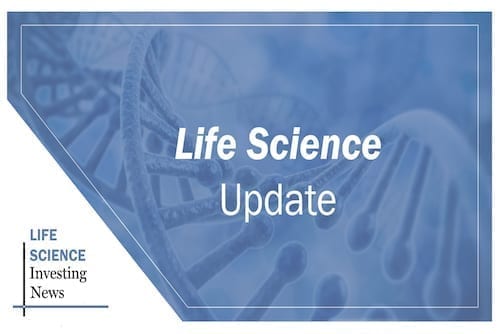 With October behind us, the Investing News Network (INN) has brought together some of the biggest stories in the life science sectors during the month.

With October officially over, the Investing News Network (INN) is taking a look back at some of the biggest stories in the life science sectors during the month.

For other clinical trial updates, Oragenics (NYSE:OGEN) announced Belgium’s regulatory agency approved the company to conduct its Phase 2 clinical trial in the country. The company intends to pick up the pace with additional clinical trial sites in Germany and the UK, following approvals from regulatory bodies in those countries.

Oragenics is using a unique, genetically modified bacteria to treat a mouth disorder Oral Mucositis. Following regulatory milestones such as enrollment targets, Oragenics expects to finish enrollment in mid-2019 and release topline data from the trial between the middle and second half of the same year.

The companies plan to organize a preferred clinical provider relationship in Australia to facilitate radiation oncology clinical trials in the country. This relationship would promote the multi-center trials in neuro-oncology and urologic oncology.

Another focus of this partnership is bringing expanded use of Telix’s glioblastoma therapy program to patients on its extensive patient network. By widening the clinical trial setting, more patients may be eligible for the study resulting in additional clinical trial data.

Novartis (NYSE:NVS;SWX:NOVN) announced it acquired Endocyte (NASDAQ:ECYT) for US$2.1 billion, all cash. Novartis will expand its radioligant therapy platform with the deal and Endocyte and its shareholders will receive a premium price for the deal.

Novartis acquired each share at US$24 — which represents a 54 percent premium in value to its share price at US$15.56 as of market close the day before the announcement—October 17.

For medical device clearances and approvals, Helius Medical Technologies (NASDAQ:HSDT,TSX:HSM) received a quick Health Canada clearance for its neuromodulation system. The Portable Neuromodulation Stimulator (PoNS) device was cleared in under a month and clears the product for mild to moderate traumatic brain injury (TBI) in Canada.

Earlier in October, Helius and HealthTech Connex announced a partnership to build Canadian commercial infrastructure to develop and manage neuroplasticity clinics in Canada. The new operating entity from the partnership is Heuro Canada, and the approval for TBI is the next step to helping patients.

Watch the video above for more on what happened during the month of October.