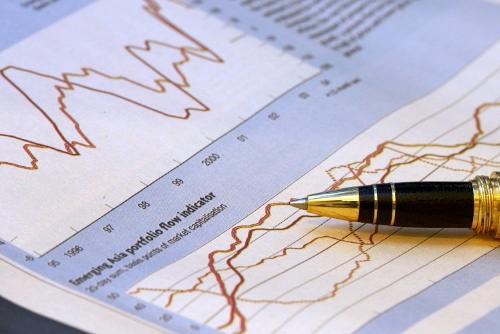 With Q3 officially in the books, the Investing News Network is taking a look back at the top medical device stocks on the NASDAQ year-to-date.

Brain scans, dermatology lasers and oxygen saturation monitors are just a few of the devices companies have used to disrupt the modern healthcare industry.

As technology continues to advance, so does the need for high-end innovative medical devices. It’s still unclear whether medical tech can effectively reduce costs and increase productivity, as it was responsible for 40-50 percent in annual cost increases as recent as 2015, according to Forbes.

Dominantly, gains for the medical device industry are still being made in the US, but this could shift as expansion takes place through consolidation and collaborations in the industry. The medical device excise tax moratorium was extended again, until January 2020, which may encourage investors to continue investing in these companies.

The medical device industry is expected to increase to an estimated US$409.5 billion value by 2023, growing at a compound annual growth rate (CAGR) of 4.5 percent between now and then, according to a report by Lucintel.

Moving into the final quarter of 2018, the Investing News Network (INN) is profiling the top medical device stocks on the NASDAQ year-to-date, to give investors insight as to the growth this industry has experience so far this year.

All numbers and figures are current as of market close on October 3, with data compiled from The Globe and Mail Stocks. Figures are reported in US dollars, unless otherwise noted. Companies listed below have a market cap between $50 million and $500 million.

The company’s only significant news over Q3 was releasing its Q2 2018 earnings report where CAS released its Fore-Sight achieved 20 percent sales growth. The cerebral oximetry sales of the product increased 17 percent to $5.2 million. Altogether, the gross profit margin of the company improved to 60 percent from 52 percent compared to Q2 2017.

“Given our continued strong performance in the second quarter, we are affirming our full-year 2018 expectations for year-over-year mid-teen percentage growth for total FORE-SIGHT sales, U.S. FORE-SIGHT sales, and U.S. disposable sensor sales,” Thomas Patton, CEO of CAS, said in the press release. “We are raising our expectation for international FORE-SIGHT sales to a low double-digit increase over 2017.”

Strata Skin Sciences has the biggest dermatologist focus for medical device companies on this list. The company has developed the Xtrac excimer laser, the Vtrac lamp systems and the Stratapen MicroSystem to treat psoriasis, vitiligo and other skin conditions.

In August, Strata announced a strategic agreement with a large private equity backed group of dermatology clinics. The agreement will allow the group’s network to deploy Strata’s products and use its business model.

Earlier in the quarter, Strata announced the US Food and Drug Administration (FDA) granted the company 510(k) clearance for its multi micro dose tip for the Xtrac laser. The product uses a “highly targeted beam” of NB-UVB light to treat multiple skin diseases which impacts over 35 million patients in the US alone.

Big news for the company which may have contributed to its increased share price was receiving clearance for its MRI compatible patient vital signs monitor in Japan. The approved product features dynamic gradient filtering, non-magnetic respiratory C02, non-invasive blood pressure monitoring and more.

Although Utah Medical didn’t have much news over the quarter, it also reported its Q2 2018 financial results.

The company had just a one percent increase in sales and gross profit over the quarter, however it had a four percent increase for the six months that ended in June 2018. Net income increased  11 percent and 13 percent for the same quarter and six month period, respectively.