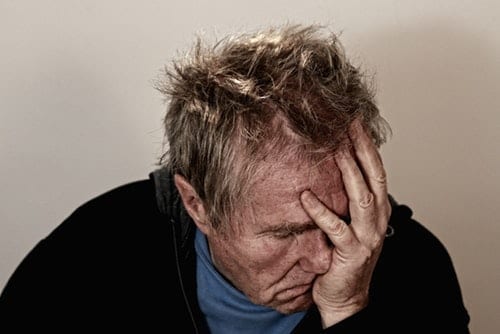 While Nerivio Migra has been approved by the FDA, the company is aiming to take the device global to treat patients in other territories.

Privately owned Theranica Bioelectronics is aiming to reshape the way migraines are treated in patients all around the world.

The company, which was founded three years ago, is using advanced neuromodulation therapy with wireless technology to develop electroceuticals for migraines and other pain disorders.

In May, the US Food and Drug Administration (FDA) granted a De Novo request from Theranica for Nerivio Migra, a wearable device that is used to treat acute migraines. The De Novo process is a way to classify devices when no equivalent device is being marketed.

According to the Migraine Research Foundation, migraines are the third most common disease in the world and rank as the sixth most debilitating disease globally. Migraines are classified as a neurological condition and are described as a throbbing, recurring pain on one side of the head.

Other symptoms include nausea, vomiting, dizziness, tingling or numbness in the face and sensitivity to sound, light, touch and smell. Visual impairments called auras often accompany migraines and can last for up to an hour.

In an interview with the Investing News Network, Alon Ironi, CEO and co-founder of Theranica, said that the company’s decision to target migraines with a device came largely because of the lack of solutions for patients with this condition.

“(This problem) is surprising because there are a lot of medications specifically designated for migraines — both for prevention and acute (pain) — but (many) patients (Theranica interviewed) are not happy,” he said. “They don’t feel they have a good solution to manage their migraine.”

Nerivio Migra is currently indicated in adults with acute migraines with or without an aura. It has not been indicated for chronic migraines.

Ironi explained that other than the exclusion of those indications, the device can be used for all migraine patients and addresses all levels of pain — from mild to moderate to severe — and associated symptoms of migraines, like sensitivity to light, sound and nausea.

“One-third of patients with migraines have aura at the beginning of their attack and the device showed it is equally effective for migraines with and without aura,” he said.

“There was no significant difference between patients that had exhibited these side effects with the actual device compared to a placebo device,” he said. “That tells you, again, the side effects are very mild, temporary and at a very low percentage.”

Although the device is currently being indicated to treat migraines, Ironi said the company has identified seven different diseases or syndromes where it thinks its technology can “make a dramatic change by providing a drug-free solution.”

“There are a few other (diseases) we have not yet addressed specifically with clinical studies, such as fibromyalgia and irritable bowel syndrome,” he explained. “We made the decision to start with migraines because migraines represent the most prevalent disease or syndrome in terms of the number of people that suffer worldwide and percentage wise.”

The company is looking to pilot launch and market the device in the US with limited availability later this year, but has plans to market the product in other regions as well.

In Q4 of this year, Ironi said Theranica will start with a pilot launch at select health clinics and will expand that reach at the beginning of next year before making the device “widely available” in the US by spring 2020. After the US, Europe and Israel will be next, although the company hasn’t yet completed the regulatory processes in those regions.

“In 2020, we’ll be ready to market the device in these territories, and after that we’ll continue the process,” he said, explaining that the company’s vision is to make the product available everywhere.

Helping the company advance its plans is the US$35 million in Series B funding it received in May, which puts it in a position to continue with its plans to market, sell and develop the product. However, Ironi said that with the future goals the company has in mind — making the device available in other parts of the world and indicating the device for conditions other than migraines — taking Theranica public could help it reach its future objectives.

“We’re not rushing (to go public),” he said. “We think that the right time for taking the company public is when the company already establishes a very solid stream of revenue, with at least one disease in one strong territory, and then we can consider an initial public offering.”