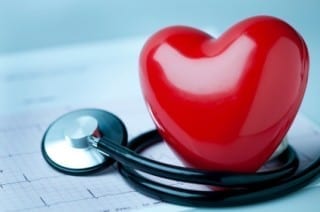 Here, the Investing News Network provides a breakdown of how to invest in cardiovascular disease treatments and what the market outlook looks like.

Life science companies often want to develop treatments and therapies to help a large range of people, which means big returns for investors—if they’re successful. Cardiovascular disease (CVD) is the number one cause of global deaths, totalling to 17.7 million in 2015—which is 31 percent—according to the World Health Organization (WHO).

A market report from GBI Research published last year indicated overall the cardiovascular market is set to grow “very slowly” towards $146.4 billion by 2022. In terms of how to invest in cardiovascular disease treatments–that doesn’t mean it’s bad news. In the US, total costs associated with CVD affect the entire country, costing $656 billion in 2015 and the cost could rise to $1.2 trillion by 2030, according to a report by ReportLinker.

More key player in this sector are Novartis (NYSE:NVS) and Johnson & Johnson’s (NYSE:JNJ) Jenssen, which introduced Entresto to the market in 2015 and Xarelto in 2008, respectively. Entresto, a tablet treatment is set to provide in a major way to the company’s projected 5.7 billion revenue by 2022.

Jenssen’s tablet Xarelto, is an anticoagulant medication, the ReportLinker report said, “its share in revenue from this drug totaled $2.3 Billion in 2016 and this is expected to increase to $3.4 Billion by 2023. In January 2017, Johnson & Johnson acquired Actelion and with it Uptravi and Opsumit, which together will generate $5.4 Billion by 2023, enough to secure Johnson & Johnson’s place as market leader.”

For those wondering on how to invest in cardiovascular disease treatments, one of the top treatments is the Absorb GT1 Bioresorbable Vascular Scaffold (BVS) from Abbott (NYSE:ABT). This was evaluated again by the US Food and Drug Administration, following market approval in June 2016, due to an increase rate of major adverse cardiac events with patients receiving BVS compared to the already approved metallic XIENCE drug-eluting stent.

In the study, the BVS showed an 11 percent rate of “major adverse cardiac events” compared with 7.9 percents from patients using Abbot’s own XIENCE for at least two years.

“This study also shows a 1.9 percent rate of developing blood clots (thrombosis) within the BVS versus 0.8 percent within the XIENCE stent at 2 years. These observed higher adverse cardiac event rates in BVS patients were more likely when the device was placed in small heart vessels,” the FDA report stated.

In the end, the FDA recommended for caregivers to follow the physician labeling for BVS exactly and that they would continue to study this situation with Abbott.

For a more detailed breakdown of smaller companies broken down by their market caps, InvestSnips has listed on life science companies split between the heart and vascular areas. Included in these lists are companies focused on devices set to help patients in their treatment of cardiovascular diseases.

This is an update to an article originally published in 2016 on the Investing News Network.