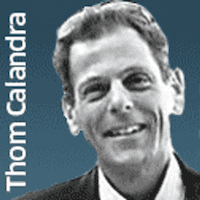 Thom Calandra is known to investors in the resource space. Recently, he wrote about biotechnology and started his own index of companies he follows, called Genes, Genes on Motif.

Thom Calandra and subsequently, The Calandra Report, are known to investors in the resource space. Recently, he wrote about biotechnology and started his own index of companies he follows, called Genes, Genes on Motif, an online trading platform.
INN asked Calandra why and who he is looking at gene-editing companies, and his reply left no stone unturned. Some highlights on Calandra’s post, which can be read in full on the Calandra Report, include:

Calandra says he designed the Genes, Genes motif, “to be concentrated, intense in its focus.” He also stated that Motif Investing only allows USA-listed companies, but could have added “three or four from Canada and the UK.”
Here is a closer look at the companies that Calandra included in Motif:

BioCryst treats rare diseases. Calandra has owned this stock since 2003 or 2004, and he likes that, “it is a solid laboratory with molecular compounds to treat rare diseases, intensive influenza and perhaps cancer.” He further wrote that, “BioCryst is probably a company that Bill Gates, another agent of change in that area of bioterror and in malaria and other global maladies, either owns shares of or wants to. In my 10 or so years tracking and owning the shares, which sell on NASDAQ like these others, the stock has been as low as $1 and as high as $18 or so. It is at $7, up sharply since I created the index Genes, Genes about three weeks ago.”

Editas Medicine is the epicentre of gene-editing system. It was founded by Feng Zhang, who recently won in the intellectual patent dispute over the CRISPR-Cas9 genome editing system.

Oragenics’ focus is on developing antibiotics for infectious diseases. The company is working on lantibiotics for the treatment of serious bacterial infections, and biotherapeutics for the treatment of oral mucositis. In a shareholder update released in January, the company stated that aside from the two products in their pipeline, the company is also looking to add other products as well as strategic partnerships.
Calandra noted that Oragenics “is so small in investment size, we need these scientists’ microscopes for the Florida lab to register on anyone’s radar. Thus intense risk and reward for this one.”

Intellia Therapeutics is also in the genome editing sector, developing therapeutics using the CRISPR-Cas9 system. Jennifer Doudna and Emmanuelle Charpentier who are linked to Intellia, were on the opposite side of Zhang on the intellectual patent dispute over CRISPR-Cas9.
ProShares UltraPro Short S&P500 (NYSEARCA:SPXU)
The UltraPro Short S&P500 seeks daily investment results corresponding to three times the inverse of the daily performance of the S&P 500®. The difference, compared to most ETFs, lies in that it seeks leveraged returns relative to the Index and only on a daily basis.
Calandra says he has included this ETF in his Genes, Genes basket, “to remind folks that investing in life-sciences companies this small is akin to riding a bicycle along the rim of a cliff during an earthquake.”