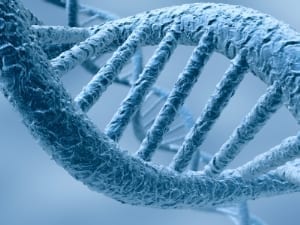 The US Patent Office has ruled “no interference in fact” on CRISPR-Cas9 Patent dispute.

UPDATE, February 15, 2017: The US Patent Office has ruled “no interference in fact.” As MIT Technology Review puts it, “the two schools’ discoveries don’t actually overlap and the fight is off. For now.”
An official statement from the University of California stated that they respect this ruling, and further said, “We are pleased that UC’s application, covering the invention and use of CRISPR gene editing in all cells, can move toward issuance as a U.S. patent.”
Read on below for the details on this dispute. The article below originally appeared on the Investing News Network on October 31, 2016.
———
According to Reportlinker, the global CRISPR-Cas9 market will be worth more than US$1.5 billion by 2022. The question of who will own that market share, however, is less certain. The recent rush of CRISPR-backed IPOs may have led investors to believe that any red tape around this technology has been all wrapped up—but in fact, CRISPR-Cas9 is at the center of a bitter intellectual property dispute which could have serious ramifications for investors.
With that in mind, here is a summary on the CRISPR-Cas9 Patent Dispute:

The Broad Institute vs. The University of California

On March 15, 2013, the “first-to-file” rule took effect in the United States. This holds that whoever submits a patent application first has the rights to the intellectual property in question. Prior to this, patent disputes were determined by who invented the technology first—not which application had the earliest date stamped on it.
Doudna and Charpentier filed their patent application on March 14, 2013, while Zhang and the Broad Institute submitted their own seven months later, on October 15, 2013. The Berkeley pair must be kicking themselves now: there would be no patent dispute if they’d waited just one more day to file their application.
But because they submitted the application before the “first-to-file” rule came into effect, the patent goes to whoever proves they invented the technology first.
Complicating the matter further, Zhang and the Broad Institute actually received their patents before the Berkeley team. That’s because they paid for an expedited review of their application.

Patent protection is, put simply, a big deal. The patent holder has the power to prevent others from using the invention in question. And while it’s likely that the winner here will license the technology to other companies, it does cast a shadow over the research undertaken by Editas, Intellia and CRISPR Therapeutics.
The first, cofounded by Zhang, obtained its license from the Broad Institute. Intellia and CRISPR Therapeutics, by contrast, received their licenses from UC Berkeley.
Theoretically, one or more of these companies may have to abandon their research as a result of the patent dispute’s outcome. And that has made some investors anxious—or so it would seem.
Just consider the IPOs this year. Both Editas and Intellia were blockbuster successes, raising $94 million and $108 million respectively. CRISPR Therapeutics, which listed later, raised just $56 million in comparison. It seems continued uncertainty over the patent has caused some investors’ interest to cool.
Indeed, Editas saw its stock drop majorly in March 2016, when the proceedings began. Shares lost almost 26 percent in a single day.

The case so far

In April 2015, Doudna’s Berkeley team requested an interference proceeding to see which team first invented CRISPR-Cas9 gene-editing. The Berkeley team was considered the likely winner early on because Zhang, as the second to file, had the burden of proving his team first invented the technology.
Since then, both teams have submitted lab notebooks, publications, affidavits and more to the US Patent and Trademark Office.
One key piece of evidence? An email written by Shuailiang Lin, a junior scientist with the Broad Institute. He wrote to Doudna describing a series of scientific failures on Zhang’s team and came down on Berkeley’s side: “I think revolutionary technology like this should not be mis-patented,” the email, which is also a job application, read. “We did not work it out before seeing your paper.”
But despite this email, some are now predicting a win for Zhang and the Broad Institute, based on the judges’ rulings on which motions can be filed. As Stat reported, these rulings can indicate what judges believe to be the most pivotal issues in a case.
Significantly, the judges denied Berkeley’s request to file a motion contending Zhang purposefully deceived the patent office about the extent of his research.
On the other hand, they accepted a major motion from the Broad Institute: that Berkeley made patent claims for eukaryotic cells, when really, their discovery revolves around prokaryotic cells—and as a result, they should never have received a patent.

In April 2016, Doudna’s team filed a notice informing the board that a settlement between Berkeley and the Broad Institute could not be reached. That means the proceedings will run their full course, and it’s also indicative of just how valuable each side believes this technology to be—no one is willing to cave.
Oral arguments were heard on December 6, 2016, with a massive crowd gathering in Alexandria, Virginia, to hear both sides present their arguments. With just twenty minutes to make their case, each drove straight to the heart of the matter—that is, whether the jump from using CRISPR in prokaryotic to eukaryotic cells was obvious, and therefore covered by Berkeley’s patent.
Following the hearing, general sentiment seemed to be that the Broad Institute had come out ahead.
“I thought I sensed a fair amount of skepticism on the part of the judges,” Professor Bob Cook-Deegan, an expert in genomics and intellectual property, said in a panel discussion afterwards. That is to say, the judges did not appear to believe the leap from prokaryotic cells to eukaryotic cells was as blatant as the Berkeley side made it out to be.

Just over a week later, a new development arrived. Several key players signed an agreement to facilitate non-exclusive licensing of CRISPR-Cas9 technology.
This agreement does not solve the patent dispute. Instead, it’s a contract between CRISPR Therapeutics, Intellia Therapeutics, Caribou Biosciences and their licensors—the Regents of the University of California, Emanuelle Charpentier and the University of Vienna.
In essence, it coordinates patent prosecution and grants cross-consent between these patent co-owners.
But note that the Broad Institute is not mentioned here. Neither is Editas Medicine, which received its license from Zhang’s team.
“We believe the Charpentier-University of California-Vienna IP estate constitutes the foundational IP in the CRISPR-Cas9 editing space,” explained Dr. Rodger Novak, CEO of CRISPR Therapeutics.
And Eric Rhodes, CEO of ERS Genomics, believes it’s important to have this agreement in place, regardless of the interference proceedings’ outcome. “There are additional claims in the Charpentier-Doudna IP that are very fundamental to the use of CRISPR-Cas9,” he said.
Don’t forget to follow us @INN_LifeScience for real-time news updates.
This is an updated version of an article originally published on Life Science Investing News on October 31, 2016.
Securities Disclosure: I, Chelsea Pratt, hold no direct investment interest in any company mentioned in this article.

3 responses to “The CRISPR-Cas9 Patent Dispute”