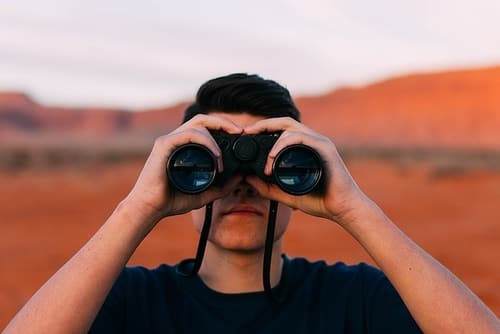 Drug sales are expected to top US$1 trillion by 2024, even though a number of patents are set to expire during the period.

Even in the midst of drug pricing wars in the United States, prescription drug sales continue to rise thanks to an increase in novel medicines being developed for niche therapeutic areas.

Case in point, according to a research report from Evaluate Pharma, prescription drug sales are projected to top a staggering US$1.18 trillion by 2024, fueled by technologies such as cell and gene therapy.

Despite that astronomically high figure, a number of patents are set to expire between now and then, which could potentially damp sales.

That being said, Evaluate Pharma states that the most profitable drug sales are ones that have been on the market for years and will continue to rake in the cash between now and 2024.

Here’s a breakdown of what those drugs are, which companies are developing them and what the sales for each are projected to reach during the forecast period.

Since its launch, the drug has been additionally approved in the US and the European Union (EU) for hidradenitis suppurativa as well as uveitis in the US, EU and Japan.

According to Evaluate Pharma, Humira raked in sales of US$136.55 billion in sales from the time of its launch to 2018. Total sales are estimated to reach US$240.5 billion by 2024, which is a far cry from its runner up in terms of drug sales.

Evaluate Pharma claims Humira will become the most successful drug in the industry by 2020.

Lipitor came onto the scene in 1997 and was developed by former pharmaceutical company Warner-Lambert, which was acquired by Pfizer (NYSE:PFE) in 2000.

Lipitor is a statin cholesterol medication to treat cardiovascular disease and dyslipidemia.

Between its approval and 2018, sales of Lipitor totaled US$164.43 billion according to Evaluate Pharma data, although its sales declined after it lost patent protection in 2011. While its sales are nowhere near what they used to be, it has been, until now, the best-selling drug of all time. By 2024, total sales of Lipitor are projected to reach US180.19 billion.

Enbrel falls under Amgen’s (NASDAQ:AMGN) umbrella and was approved by the US Food and Drug Administration (FDA) in 1998 to treat rheumatoid arthritis. It was originally developed by Immunex, which Amgen acquired in 2002.

In mid-August, Amgen secured its patent win for Enbrel against Sandoz, a division of Novartis (NYSE:NVS); the decision prohibits Novartis from launching a biosimilar to Enbrel.

Rituxan was officially approved by the FDA back in 1997 by Genentech, a company that was acquired by Roche (OTCQX:RHHBY) in 2009 in a massive US$46.8 billion deal.

The drug has been approved by the regulatory agency to treat non-Hodgkin’s lymphoma, chronic lymphocytic leukemia, rheumatoid arthritis, microscopic polyangiitis, granulomatosis with polyangiitis and pemphigus vulgaris.

Revlimid is the newest drug on this list, with Celgene (NASDAQ:CELG) having received approval for the drug by the FDA in 2008.

The drug was initially indicated for multiple myeloma and has since been expanded to treat myelodysplastic syndromes and mantle cell lymphoma.

From approval to 2018, sales of Revlimid totalled US$53.69 billion. It is projected to be a bestseller in the industry between now and 2024 and is projected to reach total sales of US$123.64 billion by then. That being said, Evaluate Pharma indicates that its sales between now and 2024 will depend on the arrival of generic competition before Revlimid’s patent expires in 2022.

Remicade was approved in 1998 with the FDA giving the nod to Janssen Biotech, a division of Johnson & Johnson (NYSE:JNJ).

Amgen received approval by the FDA for Epogen in 1989 to treat anemia in connection with chronic renal failure in patients on dialysis or not on dialysis. Since that first approval, Epogen has also been indicated for certain types of cancer, such as breast, non-small cell lung, head and neck, lymphoid and cervical.

During the first few decades of approval, Epogen sales totaled US$107.9 billion with sales by 2024 projected to hit a total of US$115.87 billion.

Herceptin is another drug developed by Roche’s Genentech, and it received FDA approval in 1998. Herceptin’s first approval was to treat overexpressing breast cancer. It later received approval for HER2-positive metastatic stomach cancer.

Avastin is the result of a joint development between Genentech and Roche. It received FDA approval in 2004 to treat metastatic colorectal cancer, but it has since received approval for other cancers, such as breast, lung, glioblastoma multiforme, renal cell carcinoma, cervical, ovarian, fallopian tube and peritoneal.

Advair is a product developed by GlaxoSmithKline (NYSE:GSK) and received approval from the FDA in 1998. The drug’s intended treatment is for asthma and chronic bronchitis.