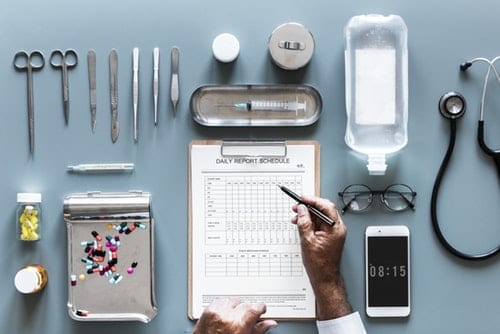 Trilaciclib was tested in combination with chemotherapy and the checkpoint inhibitor Tecentriq in first-line small cell lung cancer patients.

After market close on Monday (November 26), G1 Therapeutics (NASDAQ:GTHX) released data from its Phase 2 trial of its oncology drug for a lung cancer.

The company said the the data was positive with statistically significant improvements in both primary objectives. However, there were no statistical differences between the patients taking G1’s drug trilaciclib and the placebo group in overall response rate.

Objectives in the trial were improvements in the occurrence of Grade 4 neutropenia and duration for the first cycle of treatment, a reduction in Grade 4 thrombocytopenia and clinically meaningful reduction in red blood cell transfusions.

Raj Malik, chief medical officer at G1, said, this data has confirmed the results the company observed in an earlier trial for myelopreservation benefits. “Trilaciclib may also extend overall survival in patients receiving chemotherapy and Tecentriq,” he said.

These benefits were seen across three lineages: neutrophils, red blood cells, and platelets. The analysis of lymphocyte subset is ongoing.

This clinical trial was randomized, double-blind, placebo controlled and the trilaciclib was well-tolerated. All 107 treatment-naive patients were split into groups to either take G1’s drug or the placebo. All patients received a chemotherapy regimen and Tecentriq of up to four cycles.

The median duration of response also did not represent a significant statistical difference to the placebo. Preliminary progression-free survival was 5.7 months for trilaciclib versus 5.4 months for the placebo.

Additional findings on overall survival will be reported when available for other anti-tumor indications.

G1 has yet to meet with the US and European regulatory agencies to target potential pathways to approval. Mark Velleca, G1’s CEO, said in the release the company plans to request these meetings in early 2019.

This trial is the second out of four ongoing trials to report data. The first trial reported positive data initially in March and additional data at European Society for Medical Oncology 2018 Congress in October.

Data from the two other trials is set to be released before the end of the year for two other indications. For breast cancer the company will report data at the 2018 San Antonio Breast Cancer Symposium in December. The final data set for second and third line SCLC, will be reported by the end of the year, according to the press release.

G1 is a clinical-stage company working on three programs;the other two are lerociclib and G1T48. With its drug candidates, the company aims to develop therapies designed to enable effective combination therapies and improve oncology patient outcomes for multiple indications.

According to TipRanks, H.C. Wainwright analyst Edward White reiterated a “Buy” position for the company with a US$75 price target.