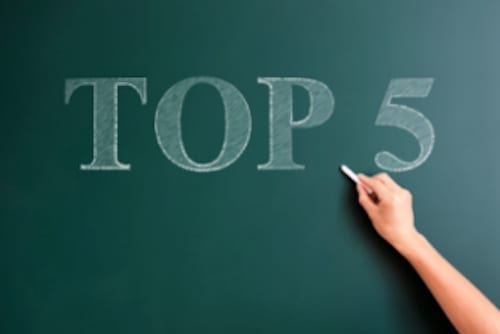 Which biotech and pharma stocks on the TSX have performed the best in 2018? Here’s a look at the top five gainers.

As the year comes to a close, it’s a good time to look back at the year to see which biotech and pharma companies made the biggest influence on the TSX.

A 2018 market report from Deloitte on the entire life science sector indicated a projection of US$8.7 trillion by the year 2020. The companies on this list represent a good part of this projected figure, each with impressive pipelines.

As we move into 2019, the Investing News Network is profiling the top five biotech stocks on the Toronto Stock Exchange year-to-date (YTD).

The companies listed below have market caps between C$50 million and C$500 million. All figures and numbers are current as of market close on December 20, 2018, with data compiled from TradingView. All figures are quoted in Canadian dollars, unless otherwise noted.

Landing first on our top pharma and biotech stocks TSX year-to-date list is Bellus Health. This biopharmaceutical company is in the developmental stage of working on therapeutics for conditions with a high unmet need. In its pipeline, the company is working on BLU-5937, which is a selective P2X3 antagonist as a treatment for chronic cough patients that doesn’t respond to current therapies.

In Q4 2018, Bellus announced a $35 million financing to support BLU-5937’s development. The financing was led by OriMed, one of the partners of the company that joined the company’s board of directors; multiple other companies were involved in the financing.

Bellus also announced in Q4 positive top-line results from its drug candidate. The results showed BLU-5937 had a safe and tolerable pharmacology profile to support twice-a-day dosing. The dosing is likely to range from 50 to 100 mg. Based on these results, the company intends to begin a Phase 2 study for the drug in mid-2019 with results expected in mid-2020.

Correvio, previously named Cardiome, is working on the development and commercialization of cardiovascular therapies. Some of Correvio’s approved products include Aggrastat, Exembol and Brinavess among others. The company currently only has one drug in development, Trevyent, which is a drug-device combination product.

Over the final quarter in 2018, Correvio released its Q3 2018 earnings report and had $18.8 million cash on hand by the end of Q3. As for sales, the year-over-year increase was 16 percent and YTD revenues increased 58 percent to US$6.98 million. With these increases, the company intends to meet its goal of US$28 million in annual sales for 2018.

The company also announced its drug Brinavess may qualify for a five year patent extension from the US Patent and Trademark Office. The would secure the company additional years of exclusive sales as Correvio wholly owns the drug.

Middle of our top pharma and biotech stocks TSX list is Zymeworks. It has a focus on developing multifunctional therapeutics, such as the ZW49 product candidate, which may have indications for breast, gastric, and other HER2-expressing cancers.

In Q4, the company updated important news for ZW49. Its investigational new drug application was submitted to the US Food and Drug Administration. This was announced in addition to the company presenting the drug’s preclinical data at the San Antonio Breast Cancer Symposium in early December.

Then in late-November, Zymeworks announced a license and collaboration deal with BeiGene (NASDAQ:BGNE,HKEX:06160) for both its candidates ZW25 and ZW49. BeiGene will develop and commercialize the drugs in Asia (excluding Japan), Australia and New Zealand.

Aeterna Zentaris is focused on developing and commercializing treatments in oncology, endocrinology and women’s health indications. The company has one approved product, Macrilen, and gains licensing revenue through ongoing a new arrangements with the drug.

In Mid-November, Aeterna Zentaris announced its product received a positive opinion from the Committee for Medicinal Products for Human Use (CHMP). The recommendation now must be reviewed by the European Commission for approval.

Landing last on our top pharma and biotech stock TSX YTD is ProMIS. The company is a development-stage biotech company working on the treatment of neurodegenerative diseases like Alzheimer’s disease (AD) and ALS. The company uses its proprietary discovery technology and then specific antibodies are evaluated in a 3-step process, which allows ProMIS to identify the best products to move into clinical development.

In ProMIS’ Q3 2018 financial results, the company announced some key milestones from the previous quarter. This included presenting preclinical data for its lead AD product, appointed a new chief medical officer and identified antibody therapeutics for Parkinson’s disease. As for financials, the company received over US$1.7 million in related proceeds of common stock warrants and stock options.

In October, ProMIS identified new targets for the development of AD and other dementias. Going forward, the company can now move into identifying therapeutic candidates for these targets.