The Investing News Network brings investors in the cannabis space an update on some of the biggest developments during the month of October.

October brought along the much-anticipated “Cannabis 2.0” stage of legalization in Canada; while edible products won’t be sold until December, the market celebrated the policy.

Meanwhile, Zenabis Global (TSX:ZENA) suffered through a difficult month for its share price after investors proved to be skeptical of a new rights offering to raise additional capital.

As mentioned, Zenabis has had a difficult month, in part due to concerns surrounding a C$20.8 million rights offering revealed toward the end of October.

Prior to the rights offering, the company was already on the downturn following the announcement of a split and delay on the expansion of its site in Langley, British Columbia. 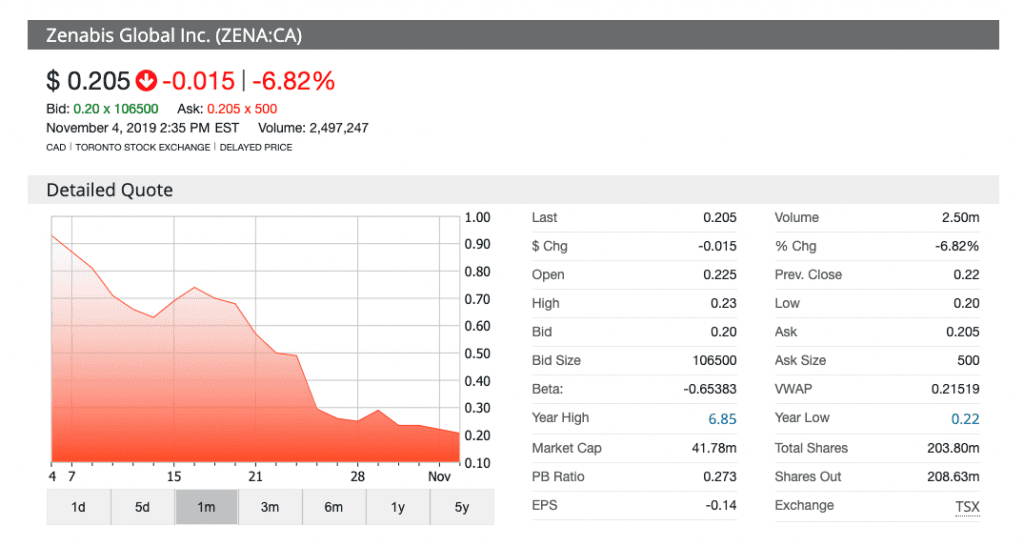 During a conference call with investors after the rights offering news, the executive team of the company defended the offering and described it as the best option at this time for Zenabis to raise capital without affecting valuations for its shareholders.

“Zenabis determined that it was not in the best interest of shareholders to raise incremental debt from non-traditional sources, given additional debt would’ve increased cash burn until it became cash flow positive (and) increased our overall leverage, and given the requirement to raise convertible debt would’ve been meaningfully dilutive to shareholders,” CEO Andrew Grieve told investors during the call.

The company admitted it could not complete a traditional unit raising and was hard against a convertible debt offering.

“The actual values that exist in the (cannabis) market today bear no resemblance to what the value of the actual companies are,” iAnthus’ Ford told INN in an interview.

The executive explained that a lot of companies are struggling to raise capital as they continue operations in thriving markets, such as the US.

“We’re all getting painted with the same brush,” Ford continued. “Six months ago, anyone who smoked a joint could raise US$100 million. Now? It’s tough.”

Watch the video above to get the full details on cannabis highlights for the month of October.