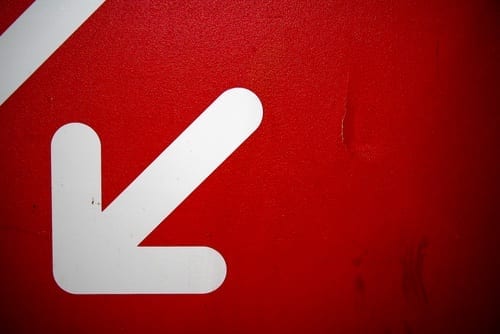 Zenabis faced a decline in value of over 40 percent in the open market after the company announced a new offering to investors.

Shares of a Canadian cannabis producer nearly hit the lowest price in a year after confirming a brand new share rights offering deal to raise capital.

On Thursday (October 24) Zenabis Global (TSX:ZENA) informed the market it intends to raise C$20.8 million by way of a rights offering with all its investors.

According to the producer based in Vancouver, British Columbia (BC), insiders of the company have already committed to purchasing 30 percent of its common shares as part of this offering.

In a press release, the firm indicated it does not need the cash planned to be raised for its current operations but argues “having excess cash on hand is in the best interest of shareholders.”

In an email statement to the Investing News Network (INN) Jonathan Anthony, director of corporate communications with Zenabis, said this deal represented a strong affirmation in the future of the company, since a collection of the management team, directors, and insiders are participating.

According to Anthony, Zenabis executives Andrew Grieve, CEO, and Mike Smyth, CFO, are “taking 100 percent of their basic subscription privilege.” Insiders of the company are set to commit to 30 percent of the entire rights offering.

“That commitment is a real vote of confidence in the future of the business and we believe investors will respond positively,” Anthony said.

Shares of Zenabis started dropping at the opening of the trading session on Thursday. As of 12:47 p.m. EDT, its share price had dropped a whopping 42.86 percent, representing a C$0.21 loss per share for a price of C$0.28.

When asked about the market reaction to this offering, Anthony said these types of offerings usually lead to declines for stock prices. “The market response is outside our control.”

The company also highlighted a desire for liquidity at this state of the Canadian public cannabis market race as part of this entire deal.

“Zenabis believes this is the least dilutive manner to raise incremental capital given current market conditions,” the company said.

Zenabis struggles in the open market

This year has proven difficult for shareholders of Zenabis, in particular, the past trading week has seen significant drops in value for the company. Over a year-to-date period, shares of the company have seen a sharp decline in value by 95.33 percent, resulting in a loss of C$5.72. 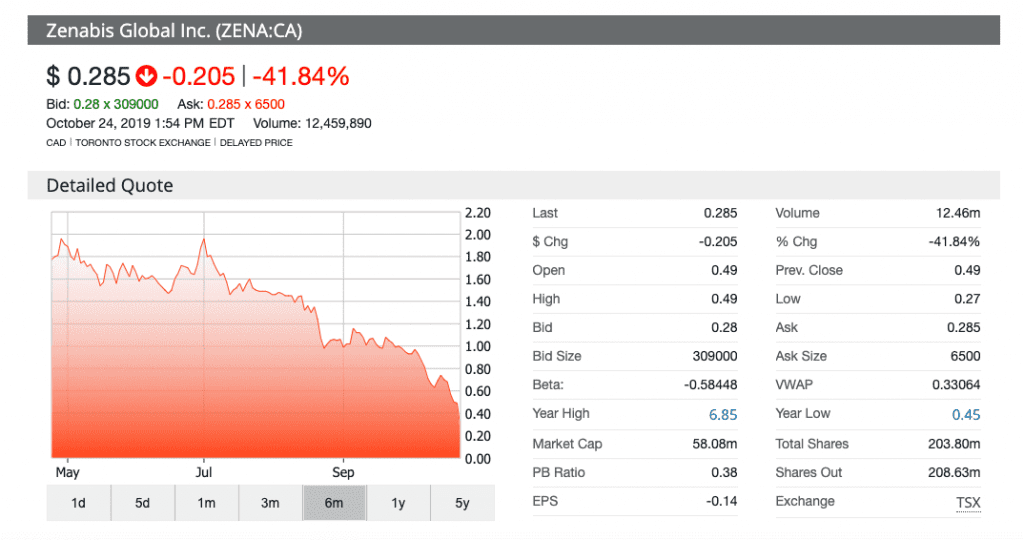 This past week the company also faced a decline in value after it confirmed a new supply agreement with privately-held producer Tantalus Labs.

As part of the deal, an unspecified amount of cannabis originated from genetic material belonging to Tantalus Labs will be planted and developed at Zenabis’ facility in Langley, British Columbia. The same facility the company was forced to split its expansion plans for recently.