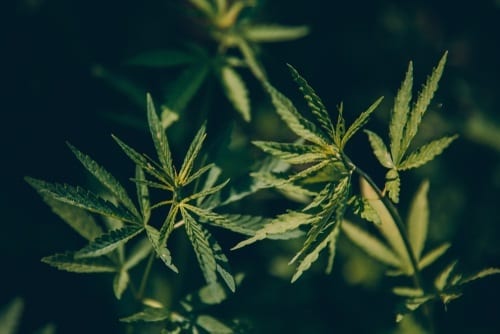 iAnthus CEO Hadley Ford said the struggle in the cannabis sector is “a freefall of exuberance,” comparing it to the dot-com bubble burst.

The soaring investor excitement for the cannabis industry that was seen late last year into this year has been replaced by a sense of discouragement, an industry players said.

Analyst and industry experts have spoken at length about the trying summer the cannabis industry has faced recently.

One cannabis executive’s firm has suffered along with the rest of the industry, but he said it could be nearing the bottom of its most recent downturn.

Hadley Ford, CEO of iAnthus Capital Holdings (CSE:IAN,OTCQX:ITHUF), called the current struggle the sector is dealing with “a freefall of exuberance,” comparing it to the dot-com bubble burst in the mid ’90s.

During a presentation at a Canaccord Genuity investing event in October, Ford told investors the US-based multi-state operator (MSO) had been hit hard by the bear market, falling 65 percent in value year-to-date.

However, the executive told the Investing News Network (INN) there is a certain level of dissonance between market reaction and the value of individual companies.

“The actual values that exist in the market today bear no resemblance to what the value of the actual companies are,” he said.

Ford expressed confidence in the assets managed by his firm. The executive told INN, “You can go through market by market by market with us (to see) what our licenses are worth, and the actual tangible assets value of what we own is greater than the value of our company. That makes no sense whatsoever.”

This past summer was marked by a general drop in the hype-like sentiment surrounding the marijuana space, marked by an imbalance between investor expectation and the reality of company results, alongside struggles for the sector in its capital-raising ability.

For iAnthus’ part, the company recently confirmed a US$100 million financing plan in September, backed by Gotham Green Partners, to help in building out the company’s assets within its existing markets, including Arizona, Colorado, Florida and Nevada, among others.

Ford said the funding would be used to achieve cash flow generation by the second half of 2020 as the company prepares to position itself in the consumer branded goods space.

Finding capital has been a difficult feat for some MSOs in the space, however.

“We’re all getting painted with the same brush,” Ford told INN. “Six months ago, anyone who smoked a joint could raise US$100 million. Now? It’s tough.”

In the company’s results for Q2 2019, iAnthus brought in US$25 million in pro forma revenue, up 35 percent from the first quarter.

The company also noted an increase in its production and retail footprint in Florida, a coveted marijuana market. iAnthus expanded its cultivation facility in Florida to 120,000 square feet and opened an additional five dispensaries, bring its total to eight retail locations across the coastal state.

Despite iAnthus’ recent moves toward becoming cash flow positive, Ford told INN the stock is being traded at a rate four times lower than that of its peers that have what he described as very similar strategies and results.

Ford urged investors to buy into the company at its discounted rate in a recent earnings call.

Moving into 2020, Ford said the company plans on pushing its brands further into the retail market, with its line of branded “Be.” stores set to open in Brooklyn, New York, during the fourth quarter this year.

The market thus far has been driven almost solely by investor sentiment, Ford added. He said the space could be benefited by a “watershed moment,” though, not unlike the recent passing of the SAFE Banking Act through the House of Representatives.