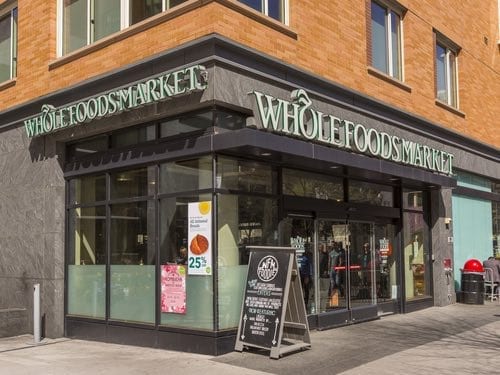 John Mackey, CEO of Whole Foods, says if the laws were to change the grocery store retailer could explore selling cannabis to consumers.

Grocery chain retailer Whole Foods Market has opened the door to the possibility of selling cannabis at a future date.

During a panel conversation with The Texas Tribune, John Mackey, CEO of Whole Foods, an Amazon (NASDAQ:AMZN) company, answered a question from an audience member about whether Amazon would ever sell edible insects by introducing the idea of cannabis sales.

“If cannabis is ever passed in Texas,” Mackey said, “chances are good that grocery stores will be selling that, too.”

This move was approved as the retailer obtained a sales license from the Canadian authority on cannabis regulation.

If Texas follows a similar legalization path to other peer states, licenses could become available for the sale of medical or recreational cannabis legally.

According to its list of stores by states, there are 34 Whole Foods Market stores in Texas.

The Austin-based grocery retailer was acquired by Amazon in June, 2017 for US$13.7 billion.

In a recent note to investors Vivien Azer, managing director and senior research analyst specializing in the beverage, tobacco, and cannabis sectors for Cowen (NASDAQ:COWN) raised her projection of total cannabis sales to US$80 billion by 2030 in the US.

State of marijuana laws in Texas

In March, Texas lawmakers moved forward with hearings for a bill seeking to remove criminal penalties for people caught with up to an ounce of marijuana.

This isn’t a full decriminalization policy, but a step on the path to it as a sweeping movement of legalization falls across the US.

Currently Texas has allowed for medical cannabis to be legalized for intractable epilepsy patients, according to Houstonia.