Three financial institutions kicked off coverage of Sundial Growers with various degrees of optimism for the stock.

One of the newest marijuana listings on a senior US exchange has started receiving analyst coverage from leading financial institutions.

Vivien Azer, managing director and senior research analyst at Cowen, offered the most bullish outlook on the marijuana company. The analyst gave a “buy” rating and assigned a US$20 price target.

Azer is confident that Sundial Growers will be able to deliver results for its craft product at scale. 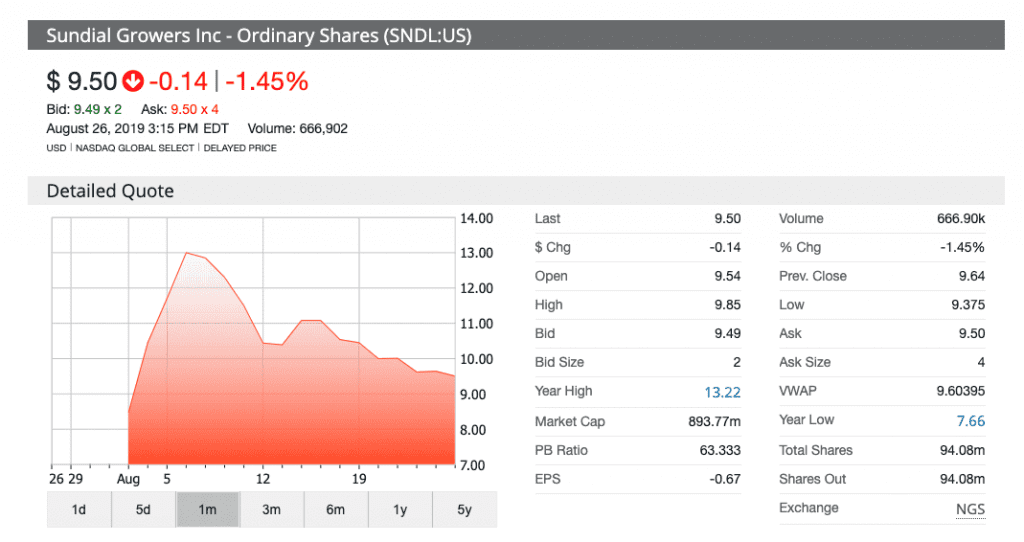 Canadian analysts were more reserved with their predictions for the marijuana company.

CIBC Capital Markets equity research analyst John Zamparo assigned the company a 12 to 18 month price target of US$11. The analyst highlighted some of the perks for Sundial Growers but, ultimately, issued a “neutral” rating.

“Execution risk exists across the cannabis space but is particularly relevant at Sundial, in our view, as the company has little by way of a performance track record,” Zamparo wrote in his research note.

The analyst expressed reservations about the company’s ability to differentiate its products enough to execute in North America and the UK.

Tamy Chen, equity research analyst with BMO Capital Markets, initiated her coverage with a price target of US$11.

The marijuana company has operating facilities in Canada and the UK. Sundial Growers reached the NASDAQ in August by way of an initial public offering (IPO) of 10 million shares.

The company released its shares at a price of US$13 each. Following the completion of its IPO, Sundial Growers gained gross proceeds of US$143 million. It has been approved for two facilities in Alberta.

According to the company’s Q2 2019 financial report, its purpose-built modular facility in Olds, Alberta, has produced over 150 harvests in 2019, averaging yields of over 50 grams a square foot. The company reported C$20.3 million in revenue for Q2 2019, which Zamparo called impressive in his note.

In its own June-quarter report the same morning, Canadian cannabis company Zenabis Global disclosed that it had returned a half ton of pot and terminated its agreement to buy weed from a “third party” that it did not name. People familiar with the matter say that party was Sundial, and Zenabis returned the cannabis because the pot was of poor quality and contained bits of rubber, among other issues.

Following the report from MarketWatch, the company issued a statement indicating it did not notice any impact on its Q2 earnings or its upcoming Q3 report.