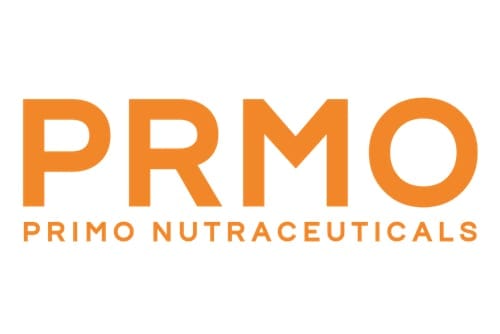 BOUGAINVILLE VENTURES INC. (CSE:BOG, OTCP:BUGVF, FRA:8BV, DEU:8BV, MUN:8BV, STU:8BV) (“Bougainville” or the “Company”) is pleased to provide a corporate update to shareholders and the investment community at large. The following information will provide an overview of the status and progress on each of the ventures the Company has initiated over the past year.

Further to the production and processing approval from the WSLCB announced in the Company’s news release dated September 13, 2019 the Tier 3 Oroville property tenant will postpone the production of marijuana until the spring of 2020 and will focus on the processing of marijuana first. The tenant is currently sourcing premium marijuana through its wholesale market contacts to produce pre-roll marijuana cigarettes. In addition the 28 kg of CBD oil produced from the Oregon hemp farm will be sold to the Oroville tenant for further processing and packaging.

Further to the Company’s news release dated October 1, 2019, the Company is pleased to announce that the harvesting of the 10 acres is going well and is 50% completed. The wet biomass cultivated every week is shipped to the drying facility located in Eugene, Oregon. The harvest is scheduled to be completed by the end of the month and may be completed prior to that date. The Company will provide further updates on the status of the harvest as it moves closer to completion.

Further to the letter of intent (“USA Hemp LOI”) with USA Hemp announced in the Company’s news release dated July 17, 2019,the Company’s Subsidiary Worm Casting Farms Inc. (“Worm Casting Farms”) signed a LOI with USA Hemp to process its hemp derived wet biomass from its 298 acre hemp farm in Oregon State. A 15,000 sq. ft. pre-fabricated metal building is set to be delivered in the next couple of weeks. A 15,000 sq. ft concrete slab foundation has been completed and is awaiting delivery of the pre-fabricated metal structure. Upon completion of construction the Company will be able to begin processing the 298 acre hemp farm pursuant to the USA Hemp LOI.

The Company is pleased to announce it is moving forward with the Co-Packing Company, which is a fully-licensed cannabis co-packing and bottling company located in California that operates to GMP standards, further to the Production Agreement announced in the Company’s news release dated July 23, 2019, (the “Production Agreement”) with a Co-Packing Company to produce and process a dedicated line of Cannabidiol derived (“CBD”) products.

Pursuant to the Production Agreement the Co-Packing company has agreed to provide product development, manufacturing, and distribution of the Company’s CBD blended MCT Oil tincture products for assistance with anxiety, energy and sleep deprivation. A minimum SKU order is1,000 gallons or 56,000 units, which will be distributed to nutraceutical and natural health product retail markets via the “Thrive Wellness Brand”.

Further to the letter of intent (“LOI”) with Project 470 Acres Ltd. (“470 Acres”) announced in the Company’s news release dated April 25, 2019 the Company has decided to postpone the development of the hemp farm in Saskatchewan. The Company effected this postponement so as to concentrate efforts and resources on the development of the Oregon hemp farm, which already has a license to produce and process hemp, and is well-positioned to capitalize on the burgeoning hemp processing opportunity in Oregon. The Company’s board of directors will re-visit the project early next year to determine its feasibility moving forward.

Further to the Israeli sponsorship research agreement announced in the Company’s news release dated May 14, 2019 the Company’s management has decided to cancel the sponsorship agreement due to logistical issues. The Company’s board of Directors have approved the terms of a Contract Production Agreement announced in the Company’s news release dated July 23, 2019, (the “Production Agreement”) with a Co-Packing Company to provide product formulation and development, manufacturing, and distribution of our dedicated line of Cannabidiol derived (“CBD”) products which include the proprietary CBD blended the Company acquired from the Island Biopharma Inc., acquisition. To learn more about what this news means to the shareholders visit https://marketnewsfirst.com/bog-news, as well as  the Company’s website located at http://bougainvilleinc.com/.

About Thrive Nutrition Products Ltd.
Thrive Wellness is a distributor of premium hemp and natural health products with operations currently in Canada and the USA. Thrive specializes in the development, marketing and distribution of cannabinoid products refined into their own natural health product brand. The company was founded in Vancouver, British Columbia and is the first of its kind with national retail distribution in Canada. Thrive has achieved $2,500,000 CDN in sales through retail distribution, its’ e-commerce website and their relationship with Nutrition House, Canada’s leading Natural Health Product franchise. Founded in 1979 the company began franchising in 1993 and now operates over 45 retail stores, located in high profile shopping centers across Canada, and in the USA. www.nutritionhouse.com

Bougainville Ventures Inc. is dedicated to rapid growth in production, processing, retail and branding of cannabis and cannabis related products. Currently the company provides strategic capital to the thriving cannabis cultivation sector through ownership and development of commercial real estate properties. We offer fully built out turnkey facilities equipped with state-of-the-art growing infrastructure to cannabis growers and processors. Also, the Company is focused on building a strong presence in the hemp industry with the objective of extracting cannabinoids in both Canada and the United States. Along with our flagship Hemp project in Oregon State and the Greenhouse campus in Washington State, the Company has proprietary formulas for cannabis edibles, topical, and tinctures.

On behalf of the Board of Directors
BOUGAINVILLE VENTURES INC.

No regulatory authority has approved or disapproved the information contained in this news release.

Click here to connect with Prime Meridian Resources (CSE:PRMO) for an Investor Presentation.