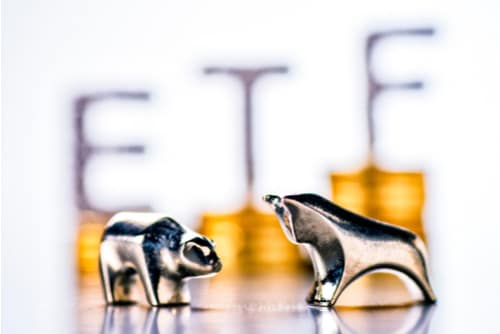 Launched on July 11, the ETF includes some of the largest names in the cannabis industry with 19 Canadian licensed producers.

The index lists 35 stocks that are “expected to benefit from the rise in value of the global cannabis market, which is estimated to reach US$630 billion by 2040,” according to the press release.

“With several regulatory catalysts on the horizon in the US and abroad, the current cannabis environment presents an exciting opportunity for investors,” said Innovation Shares managing director Matt Markiewicz in the press release.

He added that the portfolio is largely composed of companies that are cashing in on the “CBD boom” and are actively “cultivating hemp, providing extraction services or by using CBD for applications in the pharmaceutical, health and consumer wellness markets.”

The index includes some of the largest names in the cannabis industry, with 19 Canadian licensed producers and a market capitalization of just under US$80 billion.

Here are the top 5 holdings on the THCX:

The THCX ETF launch comes shortly after the announcement of another cannabis-focused ETF, the CNBS Cannabis ETF from Amplify ETFs. CNBS will also trade on NYSE Arca and is expected to launch sometime next week, according to ETF.com.

The introduction of both THCX and CNBS represents a growing market for cannabis-focused ETFs in both Canada and the United States, along with increased competition. Earlier this year, two new ETFs, the Evolve US Marijuana ETF from Evolve Funds Group (NEO:USMJ) and the Horizons US Marijuana Index ETF from Horizons ETFs Management (NEO:HMUS), were launched. The assets under management for the two ETFs sit at US$4.09 million and US$16.05 million, respectively as of Thursday (July 11).

Other US-based cannabis ETFs include the AdvisorShares Pure Cannabis ETF (ARCA:YOLO) issued by AdvisorShares earlier this year, and the ETFMG Alternative Harvest ETF (ARCA:MJ), which was launched in 2015 and was the first cannabis-focused ETF traded in the US, according to ETF.com.

The assets under management for the two ETFs are at US$59.89 million and US$1.1 billion, respectively.

On Thursday, another cannabis coplay was added to the THCX list. Canadian medical cannabis company Aleafia Health (TSX:ALEF,OTCQX:ALEAF,FWB:ARAH) announced its presence on the THCX and is currently weighted one percent.

How the US Section 232 Probe Could Impact the Vanadium Market
Europe Beginning to Embrace Medical Cannabis and CBD
Demand for Canadian Organic Foods Creating Opportunities in the Organic Fertilizer Industry
Coronavirus Round-Up: US Consumer Spending Sinks in April