As previously announced, under the provisions of the Acquisition, the Company acquired all of the issued and outstanding securities of 1157630 B.C. Ltd. (the “Target”) in consideration of the issuance of 40,000,000 common shares of the Company (the “Payment Shares”). The Target is now a wholly owned subsidiary of the Company. All of the Payment Shares are subject to escrow pursuant to the policies of the CSE and will be released from escrow based on the passage of time, such that 10% of the securities were released on closing and the balance will be released in six equal tranches of 15% every six months thereafter. An additional, 3,383,333 common shares were issued to a historical owner of the Target’s wholly owned subsidiary, Go Green Medicinal Marijuana Ltd. (“Go Green”), which common shares are subject to resale restrictions expiring on August 29, 2020.

Go Green holds an application for a license under the Cannabis Act (Canada) which has successfully advanced through the review and security clearance stages of the license application process and expects to complete the pre-licensing and approval process following the submission of its security and video evidence package in Q2 2020, following which Go Green expects it would be issued its license. Go Green has a 12,000 square foot indoor growing facility in Lake Country, British Columbia. Go Green has nearly completed an expansion on the facility which will increase its size to 22,000 square feet.

Upon the completion of the closing of the Acquisition, the Company issued 200,000 common shares to Matthew McGill pursuant to a finder’s fee agreement dated June 6, 2018 (the “Finder’s Fee Agreement”) entered into in association with the Acquisition. These shares are subject to a hold period under securities laws ending on August 29, 2020 and are also held in escrow on the same terms as the Payment Shares. Mr. McGill is a director of the Company and thus a related party to the Company. At the time the Finder’s Fee Agreement was executed however, Mr. McGill was not associated with the Issuer and as a result the Finder’s Fee Agreement and the issuance of the common shares thereunder does not constitute a ‘related party transaction’ pursuant to Multilateral Instrument 61-101 – Protection of Minority Securityholders in Special Transactions.

The Company has entered into a genetic licensing royalty agreement dated April 8, 2019, as amended (the “Licensing Agreement”) with Phenome. The Licensing Agreement provides the Company with full access to Phenome’s entire library of cultivars as well as access to Phenome’s farming intellectual property (“IP”). The Company will also be granted unlimited access to Norstar Nutrients’ (“Norstar”) proprietary nutrient IP and catalogue.

The Company will also make non-refundable, non-creditable royalty payments to Phenome equal to five percent (5%) of gross sales of products. The Company will acquire a 50% interest in all hybrid cultivars generated from the extensive selective breeding program at the Lake Country facility.

In connection with the closing of Acquisition and License, the Company completed a non-brokered private placement (the “Placement”) generating aggregate gross proceeds of $1,650,000 through the issuance of 5,500,004 units at a price of $0.30 per unit (each a “Unit”).

Finder’s fees of $63,906.49 were paid to registrants along with the issuance of 213,022 finder’s warrants on the same terms as the warrants forming part of the Units.

All of the securities issued in the Placement are subject to resale restrictions expiring on August 29, 2020.

Two directors of the Company participated directly and indirectly in the Placement acquiring an aggregate of 378,850 Units on the same basis as other subscribers. The participation in the placement by insiders of the Company constitutes a “related party transaction” as such term is defined under Multilateral Instrument 61-101 – Protection of Minority Security Holders in Special Transactions (“MI 61-101”). The Company is relying on exemptions from the formal valuation and minority approval requirements under MI 61-101. The Company relied on Section 5.5(a) of MI 61-101 for an exemption from the formal valuation requirement and Section 5.7(1)(a) of MI 61-101 for an exemption from the minority shareholder approval requirement of MI 61-101 as the fair market value of the Placement in so far as the Placement involved interested parties did not exceed 25% of the Company’s market capitalization.

Following completion of the Acquisition, the Company now has 63,832,966 issued and outstanding common shares.

Following the completion of the Placement, the Company has an aggregate of 12,627,355 warrants outstanding all exercisable at a price of $0.50 per share.

Changes to Board and Management

Following the completion of the Acquisition, Paul Smith resigned as President, Chief Executive Officer and Chief Financial Officer of the Company and as director.

Pursuant to the arrangement agreement dated June 5, 2018 (the “Arrangement Agreement”) between the Company and its wholly owned subsidiary, 1167343 B.C. Ltd. (“Newco”), the Company will complete a plan of arrangement under the Business Corporations Act (British Columbia) (the “Arrangement”) which will result in the transfer of its interests in existing mineral properties along with $1,000,000 in cash, less advances previously made by the Company to Newco of $450,000, in exchange for the issuance of common shares of Newco on the basis of one common shares of Newco for each common share of the Company held. Newco also currently holds the Highfield property, located in Nova Scotia. The Arrangement was approved by the Company’s shareholders on August 8, 2019 and received the final approval of the British Columbia Supreme Court on August 12, 2019.

Details of the Acquisition and the License are contained in the Company’s listing statement dated April 28, 2020 which will be filed on the Company’s profile on www.sedar.com and the website of the CSE at www.thecse.com.

Further to the Company’s press release dated March 30, 2020, the Company is pleased to advise it has now filed its audited annual financial statements and associated management’s discussion and analysis (“MD&A”) for the year ended November 30, 2019.

The Company has however delayed the release of its interim financial statements and associated MD&A for the three months ended February 29, 2020. The Company will be relying on the 45-day filing and delivery extension for periodic filings required to be made on or before June 1, 2020 as provided by the British Columbia, Alberta and Alberta Ontario Commissions in their recent blanket orders in respect of:

The Company expects that the Interim Filings will be filed on or before Friday, May 1, 2020.

There have not been any material business developments since the Company’s financial statements and MD&A for the year ended November 30, 2019 other than as disclosed in this press release.

The Company’s management and other insiders are subject to a trading black-out that reflects the principles in section 9 of National Policy 11-207 Failure-to-File Cease Trade Orders and Revocations in Multiple Jurisdictions.

Forward-looking statements are not guarantees of future performance and involve risks, uncertainties and assumptions which are difficult to predict. Factors that could cause the actual results to differ materially from those in forward-looking statements include failure to obtain regulatory approval, the continued availability of capital and financing, and general economic, market or business conditions, including the effects of COVID-19. Forward-looking statements contained in this press release are expressly qualified by this cautionary statement. These statements should not be read as guarantees of future performance or results. Such statements involve known and unknown risks, uncertainties and other factors that may cause actual results, performance or achievements to be materially different from those implied by such statements. Although such statements are based on management’s reasonable assumptions, there can be no assurance that the statements will prove to be accurate or that management’s expectations or estimates of future developments, circumstances or results will materialize. The Company assumes no responsibility to update or revise forward-looking information to reflect new events or circumstances unless required by law. Readers should not place undue reliance on the Company’s forward-looking statements.

Neither the Canadian Securities Exchange (the “CSE”) nor its Regulation Services Provider (as that term is defined in the policies of the CSE) accepts responsibility for the adequacy or accuracy of this release.

Click here to connect with Pac Roots Cannabis Corp for an Investor Presentation.

Cannabis SPAC on the Cusp of Becoming a REIT Operator

A Toronto-based company is set to become the first cannabis operation to transition to the real estate investment trust (REIT) model.

At the start of October, Subversive Real Estate Acquisition REIT LP (NEO:SVX.U,OTC Pink:SBVRF) announced to the market a qualifying transaction that will allow it to finish the process of becoming a special purpose acquisition company (SPAC).

Trulieve Cannabis Corp. (CSE: TRUL & OTCQX: TCNNF) (“Trulieve” or “the Company”), a leading and top-performing cannabis company based in the United States announced today that Chief Executive Officer Kim Rivers was awarded the 2020 Women Business Enterprise of the Year Award. The award celebrates the work of businesses and leaders in Florida’s Big Bend area who are driving innovation, expanding a business, and fostering job creation in the majority-minority community.

Trulieve Cannabis Corp. (CSE: TRUL) (OTCQX: TCNNF) (“Trulieve” or “the Company”), a leading and top-performing cannabis company based in the United States announced today the opening of a brand-new Florida dispensary, the Company’s 66th nationwide. The new dispensary will be the first location in Punta Gorda and third in Charlotte County to bring the Company’s wide-ranging catalog of medical cannabis products directly to patients.

Aurora Cannabis Inc. (the ” Company ” or ” Aurora “) (NYSE: ACB) (TSX: ACB), the Canadian company defining the future of cannabinoids worldwide, today announced it has completed the previously filed At-The-Market (“ATM”) program. Because of this, the Company has filed a new preliminary short form base shelf prospectus (the “Shelf Prospectus”) with securities regulators in each of the provinces of Canada except Quebec and a corresponding shelf registration statement on Form F–10 (the “Registration Statement”) with the United States Securities and Exchange Commission (the “SEC”). 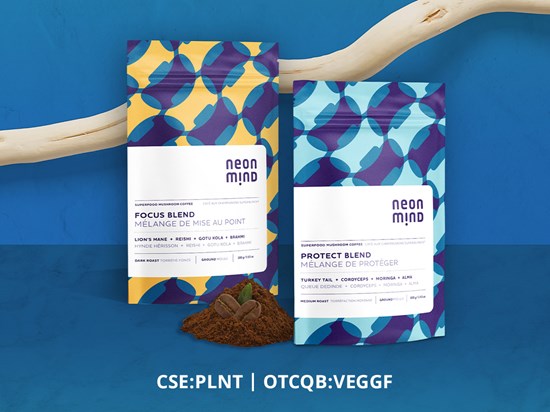 Naturally Splendid CEO: Our Focus on Plant-based Nutrition is Our Competitive Advantage