A new cannabis-focused exchange-traded fund (ETF) is gearing up to launch, offering investors a chance for exposure of marijuana producer stocks with smaller market capitalizations.

The Horizons Emerging Marijuana Growers Index ETF, which will launch February 14 will cap its holdings between $50 and $500 million in market capitalization, while other ETFs like its fellow Horizons one, the Marijuana Life Sciences Index ETF (TSX:HMMJ), holds some of the biggest cannabis producers in Canada.

The new ETF will also split from its Horizon relative by trading on Aequitas NEO Exchange, a fairly new exchange in Canada. The NEO Exchange launched in 2015 as an attempt to challenge the established Canadian markets.

“HMJR will give investors direct exposure to a growing group of Canadian and global marijuana cultivation and distribution companies,” Steve Hawkins, president and Co-CEO of Horizons ETFs said in the company’s announcement.

According to Horizons, the new ETF is focused primarily on North American stocks, but it could include up to 20 percent of issuers “that are in developed markets outside North America.” The index will also be capped so that no stock in its holdings can represent over eight percent of the total weight.

HMJR set to launch on February 14 in NEO Exchange 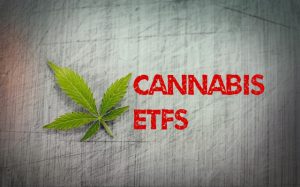 So far no details have been shared as to who or how many holdings will HMJR have once it officially launches. Horizons said it plans to finish the initial offering of units for its designated broker after market closure on February 13.

According to Horizon’s documents on HMJR, interested investors will have to face an annual management fee of 0.85 percent of the ETF’s value through the returns. Horizons also gave this ETF a high-risk rating based on the volatility. The rating may change once the actual holdings start producing returns.

HMJR will represent the third cannabis-focused ETF in Canada, after the launch of an actively managed ETF from Redwood Asset Management. Greg Taylor, the person in charge of running the Redwood Marijuana Opportunities Fund, told The Globe and Mail the Redwood ETF look for “Toronto-listed companies with low costs, high value-added businesses or international exposure.” The ETF would also stay clear from companies operating in any form in the US.

It wasn’t long ago that the possibility of a cannabis-focused ETF was discussed. Now after the launch of this new index, investors will be able to choose between three cannabis centered public ETFs. This movement shows the rapid increase the cannabis industry has shown in the public market.