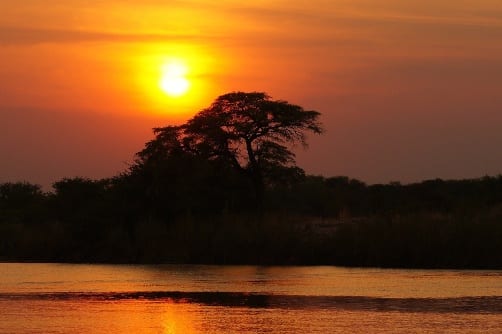 INN takes a look at Lesotho’s relationship with cannabis and the companies that have begun to establish themselves in the small nation.

On the global stage, the spotlight of the nascent cannabis industry has largely been aimed at North America, specifically Canada and the US, but countries in Africa have begun to feed their own respective marijuana markets.

Lesotho, officially known as the Kingdom of Lesotho, has emerged as a growing force in the burgeoning cannabis industry on the continent.

In 2017, Lesotho became the first African country to grant a medical marijuana production license. Now firms in and out of the area want to take advantage of what could become a cultivation powerhouse.

Here the Investing News Network (INN) takes a look at Lesotho’s relationship with the drug and the companies that have begun to establish themselves in the small nation.

Cannabis in Lesotho: A history of the drug

The small, landlocked nation with a population of 2.1 million and a national GDP of US$2.79 billion has a long history with the plant, and it’s grown to be a valuable cash crop for the country.

Historically, Lesotho’s economy has been based on agriculture and animal husbandry, but by the 1980s, several farmers in the country looking to subsidize their earnings had turned to cannabis cultivation.

The country’s mountainous terrain and large water supply, coupled with its fertile soil, have long made it an ideal area for growing cannabis, as per a report from marijuana research firm Prohibition Partners.

A 1996 report from the Lesotho Highlands Water Project (LHWP), a water supply and hydropower project between Lesotho and South Africa, estimates that cannabis was being grown on 10 percent of the country’s arable land and accounted for 60 percent of net revenues for arable crops.

The number of farmers planting cannabis grew quickly. In a 1997 report, LHWP once again highlighted the prevalence of the drug.

“Marijuana (matekoane) is the most important (though illegal) cash crop in the study area. It is mainly interplanted with maize and is grown by about 70 percent of all farmers,” the report reads.

LHWP added that though a “substantial cash income” came as a result of cannabis cultivation, there were no exact numbers as to how much profit farmers were generating.

Cannabis remains a valuable commodity, and its production is tolerated by authorities; however, the unlawful cultivation, possession and sale of the drug is prohibited.

As mentioned, Lesotho made history on the continent when it became the first nation in Africa to legalize the cultivation and export of medical cannabis.

The drug remains illegal across the majority of the continent, but Prohibition Partners projects that Africa’s legal cannabis market could be worth US$7.1 billion by 2023.

That’s based on some of the countries in Africa that already have some form of medical cannabis legalization, including Zimbabwe and South Africa.

The drug was previously regulated under Lesotho’s Dangerous Medicines Act of 1973, which was switched out for the Drugs of Abuse Act in 2008, allowing the government to open up access to specific drugs for medical purposes.

Prohibition Partners has also reported that Lesotho is looking to expand its licensing program.

A spokesperson for Lesotho’s prime minister, Motsoahae Thomas Thabane, told Prohibition Partners the country is looking to become the “best cultivator of medical grade cannabis anywhere in the world.”

“We are proud of becoming the first African nation to produce cannabis legally, and we can only see this improving the lives and the health of the people of our great country,” the spokesperson added.

Since medical cannabis legalization came into effect in 2017, the Lesothan government has been laying the groundwork to become a force in the cannabis space for the continent.

The country has already seen an influx of international investment from companies that are looking to cash in on Lesotho’s long history of cannabis cultivation and low labor costs.

One such company is Halo Labs (NEO:HALO,OTCQB:AGEEF), which entered into Lesotho’s cannabis space with its US$18.4 million acquisition of Bophelo Bioscience & Wellness this year after the announcement of an initial partnership in 2018.

With the acquisition, Halo plans to build cultivation and extraction facilities for medical cannabis export.

Kiran Sidhu, CEO of Halo Labs, told investors at a recent cannabis event that the South African country is “the perfect place to grow cannabis.” Sidhu added that the Lesotho government has been supportive of cannabis production in the past.

“The investment thesis is that you could produce high-quality, low-cost cannabis in Lesotho that is pari passu to what you can produce in Europe,” Sidhu told INN.

The executive cited the country’s agreeable climate as a key selling point and added that in Lesotho, it is legal to extract both THC and cannabidiol (CBD) from cannabis plants, as opposed to drawing CBD exclusively from hemp.

Halo is now ready to start breaking ground on its first forced-air greenhouse, which is set to open by the end of 2019, according to Sidhu.

The company plans to build five good agricultural and collection practices-conforming greenhouses for a total of 5 hectares of cultivation space by Q2 2020.

Halo plans to use Lesotho as a gateway into the larger African cannabis market, especially as the South African marijuana sector begins to grow following the legalization of private use of the drug in 2018.

Other cannabis firms that have moved into Lesotho include Aphria (NYSE:APHA,TSX:APHA). In 2018, Aphria announced a joint venture, CannInvest Africa, with Verve Dynamics, the first company to be awarded a medical cannabis license from the Lesothan government.

Aphria acquired an interest in Verve for C$4.05 million. As a part of the deal, Verve will supply high-quality cannabis isolates to the African continent and markets across the globe using the Aphria distribution network.

Cannabis giant Canopy Growth (NYSE:CGC,TSX:WEED) has also reached into the African country with the acquisition of Daddy Cann Lesotho, which trades as Highlands. Canopy Growth said the C$28.8 million deal will provide the regional market with medical cannabis and will leverage Highland’s expertise in cultivating and producing cannabis.

Outside of Lesotho, other players are building a growing presence across the African continent.

EXMceuticals (CSE:EXM), a cannabis cultivator and extraction company, currently has facilities in the Democratic Republic of Congo, Uganda and Malawi, and exports its products to international markets through its distribution facility in Portugal.

Tanek Amin, chief operating officer at EXMceuticals, also noted that growing conditions in Africa are well suited for cannabis cultivation, but said there is still the challenge of building a regulatory framework from the ground up.

“You have to … walk shoulder to shoulder with them as they go down this journey, legalizing cannabis in each of these respective countries,” he said.

Another challenge comes from bringing in investors. EXMceuticals Chairman Jonathan Summers told INN that a majority of Canadian investors are “wary” about cannabis operations out of Africa due to a lack of familiarity with the space.

Summers added that with the state of the cannabis market, investors who poured money into operations in North America are currently focused on their existing stakes and are hesitant to take on a “disruptive” play, despite the lower growing costs.

Overall, the EXMceuticals executives are optimistic about the burgeoning opportunity in Africa.

Sidhu echoed that excitement about Halo’s continued work on the continent as well.

For Halo, Sidhu said the firm’s short- to medium-term focus is California, while its longer-term goals are aimed at Africa. The executive added that on the whole, Africa could be positioned to be a key player in the global cannabis markets.

“I see no greater opportunity right now on the planet for cannabis than African exportation into Europe, potentially Canada, Australia, Israel and other markets,” said Sidhu.

2 responses to “Lesotho Acts as Gateway to African Cannabis Market”