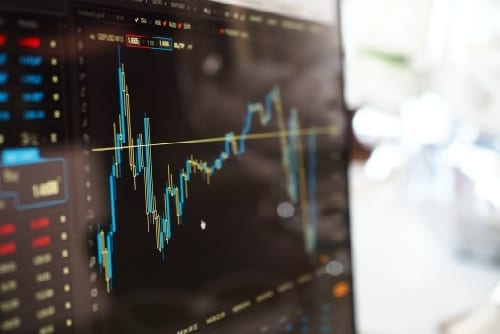 Subversive Capital Acquisition is the largest special purpose acquisition company to list on the Toronto-based exchange.

Subversive’s initial public offering (IPO) of US$575 million made it the largest SPAC IPO in Canadian history, according to a press release. Following its qualifying transaction, Subersive’s strategy will be to “identify, acquire and … assist in the growth of a business in the cannabis industry.”

The newly organized SPAC will be the fifth one to list on the NEO and will focus its efforts on targeting businesses that are in the cannabis industry and related sectors.

SPACs are publicly traded companies that seek capital from investors through an IPO for the purpose of acquiring an existing company. The capital raised through the IPO is put into a trust until the SPAC identifies an acquisition or merger it plans to pursue with the funds. Along with other restrictions, SPACs have a certain period of time — usually 24 months — within which they must complete the acquisition.

In the same press release, Leland Hensch, CEO and director at Subversive, said the company is “very excited to be listing with the leader in SPACs in Canada.”

In an interview with the Investing News Network, NEO CEO Jos Schmitt said that the size of Subversive’s IPO is an indicator that investors see “tremendous potential” in the cannabis industry.

“We’re looking at what is the largest, regardless of industry or sector … SPAC that’s ever been listed in Canada, and I think that is a token about the interest and appetite in this industry and the opportunity it represents,” said Schmitt.

He added that the cannabis sector’s relatively young age makes it a great space for SPACs, saying they are “the right vehicle, at the right moment, in the right industry.”

One of Subversive’s partners is Michael Auerbach, who also currently acts as director at Tilray (NASDAQ:TLRY), a medical cannabis company.

Subversive filed a preliminary prospectus for an IPO last month. Its target was initially to acquire an operating business with an enterprise value between US$750 million and US$5 billion.

As mentioned, Subversive isn’t the only cannabis-focused SPAC that has launched on the NEO this year. Others have flocked to the exchange to help establish themselves in the marijuana space.

AYR Strategies (NEO:AYR.A), a multi-state operator (MSO) in the US cannabis sector, began trading on the NEO earlier this year. Previously known as SPAC Cannabis Strategies Acquisition (CSA), AYR was the first recreational cannabis-focused company with an enterprise value over C$1 billion as well as the first SPAC to list on NEO.

The company completed its IPO as a SPAC in December 2017, initially looking to raise C$125 million to buy private cannabis companies valued between C$150 million and C$300 million, according to an article in the Globe and Mail. As a part of its qualifying transaction, CSA acquired five different cannabis businesses in Nevada and Massachusetts.

In May, Mercer Park Brand Acquisition (NEO:BRND.A.U) also began trading on the Toronto-based stock exchange after closing an IPO of US$402.5 million of Class A restricted voting units. Currently, Mercer Park holds a market cap of over C$392 million.

Subversive currently has a market cap of C$574.43 million and its share price closed at C$9.99 on its first day of trading. On Wednesday (July 17), its share price stood at C$10.