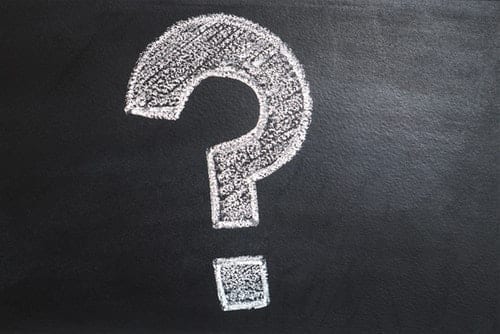 Investors in the popular Canadian public cannabis space have waited for the next buying rush to come once the date of legalization is given, but how likely is this blitz to actually occur?

Investors in the popular Canadian public cannabis space have waited for the next buying rush to come once the date of legalization is given, but how likely is this blitz to actually occur?

The expectation of these stocks heading back to the races once Bill C-45, otherwise known as the Cannabis Act, earns royal assent from the Canadian Senate has long taken ahold of the industry as investors eagerly seek the next catalyst to boost their depleted stocks.

In January, after seeing some of the highest levels cannabis stocks had reached, the entire market suffered from a correction that erased those previous gains.

During an event on 4/20 in Toronto, Matei Olaru, CEO of Lift & Co. told the Investing News Network (INN) he expected a new surge to take ahold of the public markets once the date of legalization is set by the Canadian Senate after the third hearing of the Cannabis Act, which is  scheduled for June 7.

“I would expect [a surge] right before it happens, people pricing in anticipation, and then I would anticipate a couple quarters of medium [lulls] and then actually quite a bit of a correction,” Olaru told INN.

Olaru said producers of cannabis are running with high valuations that may not be backed up by the revenue available to them, a concern echoed by analysts and observers of the industry at the peak of the rush in December and January.

No real announcement had caused the revision in the market but rather the overextension of the industry itself after some significant announcements, according to Russell Stanley, cannabis analyst with Echelon Wealth.

“You had people getting excited about the potential for investors outside of cannabis and a validation of the cannabis opportunity,” Stanley told INN, adding the speculation towards merger and acquisition activities and the blockbuster Constellation Brands (NYSE:STZ) investment deal on Canopy Growth (TSX:WEED) aided the unexpected rush last year.

In January, a monthly market report from Canaccord Genuity cautioned investors to the potential for the fundamentals of the industry not holding the “rapid share price increases that we have witnessed.”

Jason Zandberg, an analyst covering the cannabis space for PI Financial, told INN the sentiment of analysts on the upcoming Senate vote is positive. While he agrees the bill is most likely to pass on its third reading, he doesn’t see this proposed rush taking place as predicted.

“I don’t expect a rally following June 7, in fact, if I were to place a bet we would probably see a little bit of weakness after,” Zandberg said. “I don’t think it’s a selloff but I just think it’s a bit of a lull after that happens.”

Zandberg explained when an event is expected in the industry more often than not the reverse takes place in terms of a market reaction. He exampled when the Liberal party was set to introduce Bill C-45 for the first time last year, stating the expectation was for the announcement to cause a big rally.

But this rush never took place and in fact, according to Zandberg, the industry saw its weakest period of the year after the introduction of the bill.

“It wasn’t until we had some unexpected news from provincial supply agreements and then the Constellation Brands announcement with Canopy [that] really ignited the market and pushed it higher,” he said.

In terms of what catalyst he expects will provide this much needed green rush, Zandberg told INN he sees licensing announcements being the source.

“I expect [rallies to happen] when we see some licensing on the retail side, those winners that were awarded licenses,” he said.

Stanley was more moderated with his prediction. He told INN some of the expected problems from the first day of recreational cannabis sales could provide generalist investors with a look at just how much potential the industry has.

“There is the potential for these stocks–to or for sentiment–to improve once the doors are open and people come to understand how much product is in demand,” Stanley said.

In conversations with investors, Stanley told INN investors wondering what the next catalyst is for the industry to get back to higher multiples. Some of the announcements he expects to cause an uproar in the market are the increase of M&A activity and the entrance from “strategic investors,” meaning the alcohol, tobacco or pharmaceutical industries.

As investors of the industry grow their understanding of the market so does their expectations in terms of relevant announcements.

“Today investors have far more options and are more interested in understanding one story or one company and its strategy [and] how that strategy is somehow different or superior relative to the rest of its peers,” Stanley said.

The vote on the Senate, while taken as a given by some investors, is still facing hurdles as the deadline looms while more questions on the vote begin to appear.

Whether or not the royal assent of Bill C-45 causes another rush in the cannabis markets, investors can expect a variety of catalysts analysts are currently tracking.