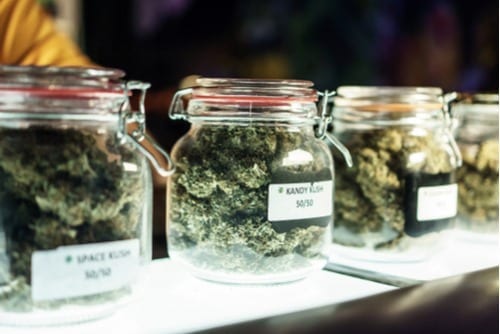 The company said this move will further establish Harvest Health as a cannabis operator on the east coast, adding to its presence in the western US.

The Arizona-based cannabis firm announced on Wednesday (September 11) it signed a state-approved management services agreement with Your Farmacy-CWS, a medical cannabis dispensary in Lutherville-Timonium, Maryland.

The 3,120 square foot Your Farmacy location will be transitioned into a Harvest House to join the company’s other Harvest dispensary and cultivation facility in the state.

In a press release, the company said this move will further establish Harvest Health as a cannabis operator on the east coast, adding to its presence in the western US.

Harvest executive chairman Jason Vedadi said in a statement the company will expand Your Farmacy’s existing services for patients.

With this transaction, Harvest now holds licenses for over 210 facilities in 18 states — about 130 of which are retail locations.

This news follows another of the MSO’s east coast expansions, this time in Florida as it opened its sixth dispensary in the state last month.

Maryland’s cannabis industry has made strides since a law was passed to expand medical marijuana in the state in 2014. Sales of the drug, however, didn’t start until 2017, when dispensaries began to open after years of bureaucratic delays.

The medical marijuana landscape looks much different now, though. Data from the Maryland Medical Cannabis Commission, the state’s marijuana regulator, reported that from July 2018 to July of this year, over 26,000 pounds of cannabis flower had been sold. In that same span of time, over 1.8 million cannabis-infused products were purchased and there was more than US$203 million in dispensary sales.

Maryland has almost 77,000 certified medical marijuana patients and over 1,500 cannabis providers as of Tuesday (September 10) and, as of July, the mid-Atlantic state houses over 80 cannabis dispensaries.

Other cannabis firms have taken notice of the rapid growth.

According to an article in the Washington Post, the state’s cultivators are doubling production to meet increasing demand for the drug and positioning themselves for the possibility of full legalization.

The legalization of cannabis for adult use has been a point of discussion in Maryland. In June, a Maryland General Assembly task force began studying the issue and may complete its work by the end of this year, according to the Baltimore Sun.

Harvest’s results for the second quarter of its fiscal year for 2019 saw total revenues at US$$26.6 million, up from the US$19.2 million reported in Q1 Of 2019. Net losses were at US$20.6 million, which the company attributed to its planned infrastructure investments.