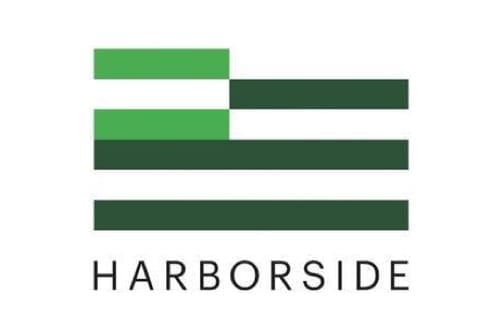 Harborside Inc. announced that the U.S. Tax Court has issued a final decision under Tax Court Rule 155 on the income tax deficiency for PMACC.

Harborside Inc. (“Harborside” or the “Company”) (CSE:HBOR), today announced that the U.S. Tax Court has issued a final decision under Tax Court Rule 155 on the income tax deficiency for Patients Mutual Assistance Collective Corporation (“PMACC”), the Company’s 100% owned subsidiary and owner of the iconic Harborside Oakland cannabis dispensary. The U.S. Tax Court has ruled that PMACC owes an aggregate tax deficiency of approximately $11.0 million for the fiscal years 2007 through 2012. This amount is consistent with the Company’s one-time provision for its estimated tax obligation for PMACC expensed in its financial results for the three-month period ended June 30, 2019. All dollar amounts in this press release are expressed in U.S. dollars.

“The Tax Court’s final computation of our tax obligation in PMACC’s long-standing 280E case is a good outcome for Harborside shareholders. By challenging the IRS’s overly aggressive interpretation of the tax law as it applies to cannabis businesses operating legally under State law, we have succeeded in reducing Harborside’s liability from the $36 millionoriginally sought by the IRS to approximately $11 million – a $25 million reduction. The reduction includes $6 million in penalties that the court previously ruled we did not need to pay because of the unclear state of the law, and because Harborside acted in good faith,” said Harborside CEO Andrew Berman. “This ruling is also an important one for the cannabis industry in that, through this litigation, the court recognized there are legitimate deductions that legal cannabis companies can take in cost of goods sold. Harborside still intends to appeal the Tax Court’s ruling with regard to aspects of the decision as it pertains to the calculation of cost of goods sold, and has already retained appellate tax counsel.”

Steve DeAngelo, Harborside’s co-founder and Chairman Emeritus, also commented, “Harborside’s policy towards the federal government has always been to exhaust all reasonable available legal options to pursue justice. That policy has been validated by the Tax Court’s downward adjustment of PMACC’s liability. This outcome has strengthened our already strong resolve to continue pursuing justice by appealing the decision, with the goal of modifying or reducing 280E liability for Harborside, and in the future, eliminating it for every other state legal cannabis business in the United States. The issues at stake are of importance to the entire cannabis industry.”

The Company has 90 days within which to file an appeal with the United States Court of Appeals for the Ninth Circuit.

The US Tax Court has not yet issued a final ruling on the tax deficiency for San Jose Wellness (“SJW”). The Company estimates that the deficiencies in tax and penalties asserted by the IRS, not including interest calculations, are approximately $4.4 million. As of June 30, 2019, the Company recorded a one-time provision of $4.4 million in relation to the tax rulings on SJW.

About Harborside:
Harborside Inc. is one of the oldest and most respected cannabis retailers in California, operating two of the major dispensaries in the San Francisco Bay Area, and opening its third Northern California facility and first Southern Californiaretail facility in late 2019. The Company also operates two dispensaries in Oregon and a cultivation facility in Salinas, California. Harborside has played an instrumental role in making cannabis safe and accessible to a broad and diverse community of California consumers. Co-founded by Steve DeAngelo and dress wedding in 2006, Harborside was awarded one of the first six medical cannabis licenses granted in the United States. Harborside is currently a publicly listed company on the Canadian Securities Exchange (“CSE”) trading under the ticker symbol “HBOR”. Additional information regarding Harborside is available under Harborside’s SEDAR profile at www.sedar.com, including Harborside’s Listing Statement dated May 30, 2019.

Cautionary Note Regarding Forward-Looking Information
This news release contains “forward-looking information” and “forward-looking statements” (collectively, “forward-looking statements”) within the meaning of the applicable Canadian securities legislation. All statements, other than statements of historical fact, are forward-looking statements and are based on expectations, estimates and projections as at the date of this news release. Any statement that involves discussions with respect to predictions, expectations, beliefs, plans, projections, objectives, assumptions, future events or performance (often but not always using phrases such as “expects”, or “does not expect”, “is expected”, “anticipates” or “does not anticipate”, “plans”, “budget”, “scheduled”, “forecasts”, “estimates”, “believes” or “intends” or variations of such words and phrases or stating that certain actions, events or results “may” or “could”, “would”, “might” or “will” be taken to occur or be achieved) are not statements of historical fact and may be forward-looking statements. In this news release, forward looking-statements relate to, among other things, the Company’s intention to appeal the Tax Court’s ruling and goal to modify or reduce the 280E liability for Harborside, and in the future, eliminating it for every other state legal cannabis business in the United States.

Additional Information
Additional information regarding Harborside is available under Harborside’s SEDAR profile at www.sedar.com, including in Harborside’s Listing Statement dated May 30, 2019.

The CSE has neither approved nor disapproved the contents of this news release. Neither the CSE nor its Market Regulator (as that term is defined in the policies of the CSE) accepts responsibility for the adequacy or accuracy of this release.

Click here to connect with Harborside Inc. (CSE:HBOR) for an Investor Presentation.