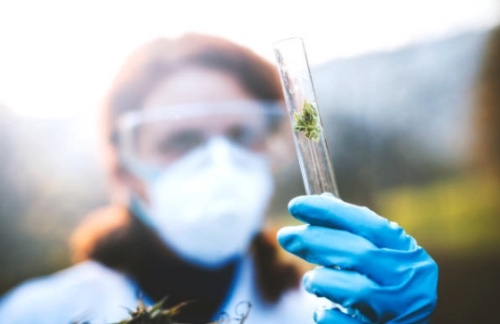 The legalization of cannabis has allowed researchers to begin investigating the drug at more in-depth levels than before.

With the current state of cannabis working towards legalization across the globe, new channels of research are opening up across the board as an effort to rapidly catch up with a market ready to consume a product it doesn’t know everything about.

Due to the illegal nature of the drug and its negative reputation, cannabis has not been as well researched as substances with less derogatory connotations, nor has its impact on the markets it enters.

Dave Berg, president and chief technology officer for Strainprint, a data company working on researching medical cannabis strains, told the Investing News Network (INN) the lack of in-depth data for the industry has prevented more sophisticated cannabis treatments to appear in the market.

This missing element in the cannabis sector, Berg said, relates to the difficulty in evaluating the drug as a whole, given that its compounds change from batch to batch.

Intensive medical cannabis research is on the way

Part of the money will go to the Mental Health Commision in order to “assess the impact of cannabis use on the mental health of Canadians.” The rest of the money will be given to the Canadian Centre on Substance Use and Addiction for general research purposes.

In terms of companies spending time and effort into the expansion of medical cannabis research, a few public players have started to lead the charge in this category.

Most recently Namaste Technologies (CSE:N; OTCMKTS:NXTTF) announced the launch of a national patient study in Canada, evaluating the treatment of anxiety with medical cannabis.

In addition to this new study, Sean Dollinger, president, and CEO of Namaste said the company plans to conduct more studies to “bring awareness and a better understanding of how medical cannabis can benefit Canadians.”

Another company deep in medical cannabis research efforts for its product development is Tetra Bio-Pharma (TSXV:TBP; OTCQB:TBPMF). The company has been embedded in the development of key trials for its cannabis compound product pipeline.

In March, the company announced the U.S. Food and Drug Administration (FDA) had given an orphan drug designation to “the active ingredients” of the company’s PPP001 drug, a combination of delta-9-tetrahydrocannabinol (THC) and cannabidiol (CBD).

This drug is designed to treat complex regional pain syndrome (CRPS). “[W]e look forward to discussing the clinical program with the U.S. FDA that will be used to demonstrate the safety and efficacy in patients suffering from CRPS,” Guy Chamberland, the chief scientific officer of the company, said.

Early returns of effective cannabis research and its impact

Since research efforts have started to take a hold more firmly in the cannabis industry, we have started to see results for studies expanding the knowledge available and projecting direct impacts into the market and its consumers.

Here are a few examples of notable research results:

“This study adds one more brick in the wall in the argument that cannabis clearly has medical applications,” David Bradford, one of the lead authors of the JAMA study told CNN.

Despite existing in near obscurity in terms of advanced medical research for some time now, cannabis and its compounds are finally being investigated with new ways that will allow all members of the industry to be smarter about the drug.