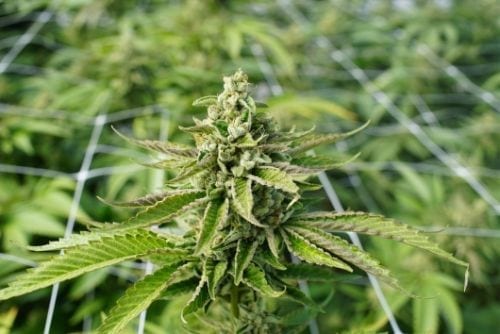 Constellation Brands (NYSE:STZ), one of Canopy Growth’s biggest partners, confirmed Clark’s appointment to its board of directors in September, alongside Jose Manuel Madero, citing Clark’s “extensive knowledge” of Canada’s regulatory and political environment as benefits.

Clark sat as the provincial premier from 2011 to 2017 after working as both the minister of education and minister of children and family development in British Columbia.

In an interview with BNN Bloomberg on Friday (October 4), the former politician spoke about her excitement at joining the ranks at Constellation, a company she said is skilled at delivering on products in highly regulated industries.

Clark noted that the fledgling regulatory environment of the marijuana market won’t be well served by having a lot of smaller companies selling cannabis, but said Canopy Growth and Constellation have the capability to make the safe creation and distribution of cannabis products possible.

“There aren’t really any other companies in the cannabis space at the moment that have this level of capacity,” she said.

The former British Columbia premier isn’t the only player in the cannabis space with a political past. Former Canadian Prime Minister Brian Mulroney and former Speaker of the House John Boehner have both backed cannabis company Acreage Holdings (CSE:ACRG.U,OTCQX:ACRGF), another firm with a Canopy Growth deal.

Clark added that there is “huge potential on the (intellectual property) side” when it comes to the nascent industry, and said that further research on the medicinal applications of marijuana will be the biggest driver of growth. It is a space, she said, that Constellation will dominate.

The American beer maker pumped C$5 billion into Canopy last year to assist in branding, intellectual property and retailing for the cannabis company.

Clark’s addition to Constellation’s roster was another big management move for the company after former Canopy CEO Bruce Linton was pushed out of his role as chief executive.

With the investment, a conditional board reconfigurement was set, and that same board, largely composed of Constellation executives, terminated Linton after being unimpressed by some less-than-stellar quarterly results.

Shares of Constellation took a hit last week after it released its results for Q2 2020 on Thursday (October 3). The company reported a loss of US$484.4 million from its stake in Canopy Growth.

Shares of Constellation dropped after the earnings report was released last week, falling 8.2 percent from a high of US$208.14 on Wednesday (October 2) to a low of US$191.02 on Thursday.

Constellation closed the trading day on Monday (October 7) at US$188.74.

Canopy Growth shares fared a bit better last week with a bit of fluctuation in New York from a high on Wednesday of US$22.58 to a low of US$21.52 on Thursday, a 4.7 percent decrease in value. Canopy was at US$22.23 at market close on Monday.