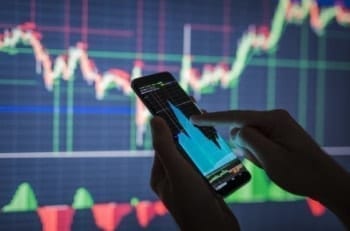 In the wake of Cronos group (NASDAQ:CRON; TSXV:CRON) becoming the first Canadian licensed producer (LP) to offer its common stock in the Nasdaq Global Market, a selection of fellow LPs have since announced their intentions to also join premier US stock exchanges soon enough.

Bruce Linton, CEO of Canopy Growth (TSX:WEED) said during a public event in early March that his company was already preparing for a Nasdaq listing when it became involved with an investment deal from alcohol producer Constellation Brands (NYSE:STZ).

The Nasdaq listing for cannabis companies will require these companies do not hold assets in the US that involve any physical interaction with marijuana.

“The Nasdaq is doing a great job not allowing people to list who break federal laws and that’s a place where we should list in due course,” Linton said.

As reported by the Financial Post, Beacon Security analyst Vahan Ajamian wrote in a note that he expected the Canopy US listing to take place in the second quarter of the 2018 fiscal year.

Not to be left behind, Aurora Cannabis (TSX:ACB; OTC:ACBFF), which already lists on the OTCQX Best Market, announced it is also exploring the option to offer its stock on other exchanges.

After launching its stock on the Nasdaq, Mike Gornstein, CEO of Cronos said the entire industry is trying to raise awareness of the burgeoning legal cannabis industry.

“We did have a number of investors we’d speak to in the US that would ask ‘is it even legal to invest in a Canadian cannabis company?’ And by listing on the Nasdaq we are able to help that,” Gornstein told BNN.

Gornstein added part of the company’s motive behind launching on the Nasdaq relates to the possibility of entering the US market once it becomes federally legal and attracting American investors ahead of time.

Cronos officially launched its Nasdaq stock on March 6. Since then its share price has gone down 10.99 percent. At market close on Monday (March 12) market closure, Cronos finished at $8.79 signifying a 5.63 decrease and a $0.53 loss per share.

Spearheaded by Cronos, the move to offer stock in the premier US exchanges offers a chance at legitimacy for the entire cannabis industry and–as repeatedly explained by executives–the type of investors available on these exchanges.