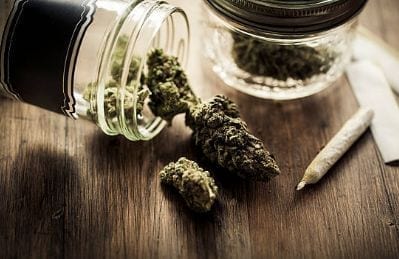 The race to find cannabis-based treatments is on, and Alternate Health took a major step forward with a post-Zika study.

The race to find cannabis-based treatments is on, thanks to medical legalization the potential for studies and research is beginning to take form. As such, Alternate Health (CSE:AHG; OTC:AHGIF) took a major step forward with a post-Zika trial and has plans for more.
“We are diversified healthcare company that really looks to support compliance regulatory technology innovation across the medical cannabis space,” said Alternate Health CEO Dr. Jamison Feramisco in an interview with the Investing News Network (INN).
Alternate Health was recently highlighted on the CSE Quarterly alongside a brief analysis of the company, where their recent private placement detailed proceeds totaling $11.3 million. According to the report, the company is currently facing a total debt of $1 million.


Give me my free report!
The company began trading on the Canadian Securities Exchange in January of 2017. So far this year their stock has decreased 37.5 percent. Their closing price on May 31 was $2.05.
INN had the opportunity to catch up with Dr. Feramisco about the promising results of this trial, what aspect of Zika exactly the company hopes to treat, what kind of form their ideal product might take and what other trials are in the future for Alternate Health.
Read on below for more of what Dr. Feramisco had to say. The interview has been edited for clarity and brevity.
INN: Can you tell me about the results of this test and what you found about using cannabis in treating Zika?
JF: Patients who cleared the acute Zika virus –some small percentage of them– continued with chronic debilitating side symptoms of fatigue, chronic pain, depressing state, loss of appetite and just general[ly] not feeling well. What we wanted to do was explore the possibility of using a cannabinoid-based delivery system in addition to hyperbaric oxygen, in order to help alleviate some of those symptoms to see if that was feasible.
It’s not necessarily the cure for Zika that we’re looking at; we are looking at alleviating the signs and symptoms related to the post-Zika effects that occur with some patients. That was the goal of the study.
The scientific basis for the study revolves around the fact that cannabinoids have been shown to have an anti-inflammatory effect and also an anti-oxidant type of effect, what we thought was that hyperbaric oxygen can act as an accelerator of this effect.
We enrolled 10 patients in the study, in conjunction with the Neubauer Hyperbaric Neurologic Center in Lauderdale-by-the-Sea, Florida and we provided them with industrial hemp-derived cannabinoids in combination with hyperbaric oxygen therapy. We looked at the subjective improvements in their signs and symptoms of pain fatigue, anxiety, depressing state, loss of appetite and we looked at that from a subjective perspective on a 10-point scale. This was monitored on a daily basis over the course of just under a month along with these hyperbaric treatments and the delivery of industrial hemp-derived CBDs.
What we found –which was very promising– was that there was unilateral across the board unanimous improvement of the symptoms in all 10 patients. Although this is really a small study, and we need to expand and reproduce the study, it demonstrates that there is certainly potential of the combination of hyperbaric oxygen and cannabinoids, medical cannabis and industrial hemp type products that could treat these disease states that are likely related to inflammation.

“At least in the short run, these patients are improving”

INN: You spoke about how this is a smaller area of the market, the post-Zika effects, and treatment of those, what was the reason for wanting to pursue this specific area?
JF: Zika, as you know, is a virus that’s one of the flavivirus classes… [It’s] such a big problem and these chronic effects are rare and unique. We thought that it would be very useful for the public health perspective to see if we could alleviate their symptoms, but also from the scientific perspective often times paradigms are discovered by looking at rare complications of some common events. What I mean by that is the common event is Zika-virus infection, which often self-clears and is self-limiting in a relatively short period of time, but some percentage of patients have these ever-lasting chronic symptoms at times and so what we wanted to do was take a look at that rare complication or rare persistent state to see if we could learn something about the mechanism of how CBDs work.
One of our goals as a company is to understand and apply science around the cannabinoid marketplace and to understand which CBDs and cannabinoids are useful for treating ailments and these disease states. We do intend to repeat the study and we intend to expand the study to more patients. Most importantly, we intend to perform similar type studies with cannabinoids and CBDs to evaluate their potential therapeutic efficacy in other disease states, like post-traumatic stress disorder (PTSD), and chronic traumatic encephalopathy (CTE).
INN: So if I understand it correctly, the post-Zika effects stick around with these patients, so potentially you could be giving them not a cure but a continuous treatment?
JF: Exactly. So, again this is the area that has not been really studied much and often a variety of these patients have just been taking typical treatments and have been suffering from this defection. We are hoping that we can alleviate these effects and essentially cure them but, again, those are going to take larger, longer studies to even consider making any claims to that effect.
What is clear is that, at least in the short run, these patients are improving across the board in those symptoms that I mentioned.
INN: Specifically about this study, what kind of regulation did Alternate Health follow? Was it in accordance with any kind of FDA model?
JF: Not in accordance to any FDA guideline, this was in accordance with an independent institutional review board (IIRP), which reviewed our study design and actually approve it and demonstrated that it needs objectivity and appropriate patient compliance criteria.
INN: In one of your releases you mention the delivery method for this study included tablets, is that the ideal model Alternate Health wants to follow for a potential product or is that just what was used for the study?
JF: We used industrial hemp-derived CBDs that we put into essentially a food product, that’s the form factor. The eventual solution that we deploy is unclear right now but we would like to get it into sublingual dissolvable tablets or patches. We are securing patents for these delivery systems that we feel are very important because up until us the delivery of CBDs has been arbitrary and inconsistent
One of the key aspects of what we are trying to do with all our science and medical research is to quantitate and quantify the actual delivery and the bioavailability delivery of the CBDs so that we can actually understand the effects and appropriateness of CBD profiles for treating various disease states. We are putting science behind the field, we are applying quantitative and qualitative metrics to be able to demonstrate effects of these products for certain disease states and we will monitor those.
At some point, we would like to go through an FDA process. Whether it’s in the United States or internationally is unclear at this point.
INN: Does Alternate Health have any other concrete studies for later this year?
JF: What we are looking to tackle next is PTSD. That sits very well with General Wesley K. Clark, who’s joined our board. The general’s son has been a persistent advocate for veterans and for the fellows with PTSD.
We are looking to expand our ability to perform some clinical trials to see if we can alleviate PTSD for veterans and for others as well and then we are in early stages of communicating with NFL players and others who have been suffering from CTE and we are in the planning stages of [using] cannabinoids and CBDs to help alleviate and improve those signs and symptoms which also can be quite debilitating and chronic, for which there is a very limited treatment profile at this point.
INN: Thank you for so much for your time today.
Don’t forget to follow us @INN_LifeScience for real-time news updates!
Securities Disclosure: I, Bryan Mc Govern, hold no direct investment interest in any company mentioned in this article.
Editorial Disclosure: The Investing News Network does not guarantee the accuracy or thoroughness of the information reported in contributed article. The opinions expressed in these interviews do not reflect the opinions of the Investing News Network and do not constitute investment advice. All readers are encouraged to perform their own due diligence.