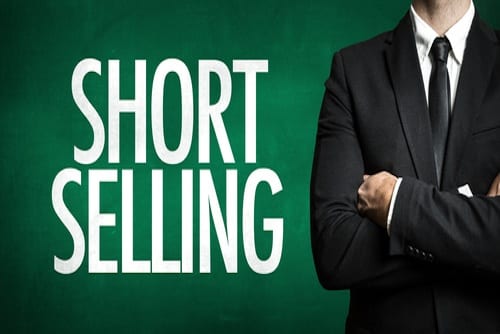 During the past trading week (December 16 to 20), short sellers invaded the marijuana space again, this time with an attack on a Florida operator.

The sector witnessed another disappointing quarterly report from a publicly traded Canadian producer, while consolidation struck in the space with a new deal regarding technology for the cannabis industry.

Short sellers come back with a new report

The marijuana industry was targeted by shorts yet again when a new report went public this past week, ambushing Trulieve Cannabis (CSE:TRUL,OTCQX:TCNNF) by questioning the methods through which it obtained financing and suggesting the company may have committed fraud.

The report, which was prepared by a short group identified as Grizzly Research, went public on Tuesday (December 17). Later that day, Trulieve issued a response to the report, claiming it will pursue legal action against the makers of the research. The cannabis company claims these players are making a run at a “disingenuous attempt to manipulate Trulieve’s stock price.”

Over the past week, shares of Trulieve have struggled following the report’s publication. As of 11:21 a.m. EST on Friday (December 20), shares of the company were down in value by 14.8 percent, a loss of C$2.37, over the past five trading days.

Quebec-based licensed producer HEXO (NYSE:HEXO,TSX:HEXO) faced a dip in its share price due to a loss-heavy report for the first fiscal quarter of 2020.

Sebastien St-Louis, CEO of HEXO, explained the company has continued to face complications due to the slow ramp up of cannabis shops in Canada, particularly in markets such as Ontario.

The company has been forced to cut down in many aspects in an attempt to reach its target of being earnings before interest, taxes, depreciation and amortization (EBITDA) positive in 2020.

“We’ve taken a hard look at our forecasts, demand-based planning needs and current inventory levels. In light of the changes in demand and downward pressure on the price of dried flower and the wholesale market, we’ve impaired our inventory this quarter by C$25.5 million,” St-Louis told investors. “By addressing these issues now, we’re looking to provide greater transparency to our investors and more accurate financial statements.”

But the reviews on the company don’t paint as rosy a picture. In a research note, John Zamparo, equity research analyst with CIBC Capital Markets, said he remains concerned for the output of the company. The researcher slashed his price target for HEXO from C$2.50 to C$2 in the Canadian market.

“With management not expecting to become EBITDA positive until late 2020, it is challenging to suggest HEXO will not need to raise materially more funds,” Zamparo said in his note.

Jessica Billingsley, CEO of Akerna, told the Investing News Network (INN) the company was able to raise its profile as a target thanks to a critical and unique partnership with St. Vincent and The Grenadines for its AmpleCentral program.

This past week, ICC International Cannabis (CSE:WRLD.U,OTC Pink:WLDCF) announced it will be delisting from the Canadian Securities Exchange (CSE) as a way to explore alternatives on its business operations.

“In the course of its review process, the company has determined that certain funding opportunities at valuations that better reflect the underlying asset value of the company are only available should the company become a non-listed reporting issuer,” ICC said in a statement.

Barrington Miller, director of listed company services at the CSE, told INN it’s rare to see a company delist to go private. The CSE will now review the case and make its ruling on the delisting request.