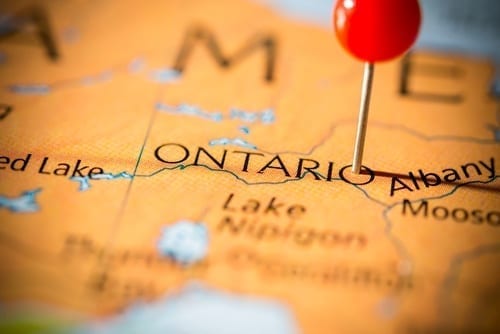 Recreational cannabis is set to be legalized in Canada on October 17, but the Ontario government will only have online sales available at that time.

Consumers in Ontario will have to wait until April 1, 2019 to buy legal cannabis in adult-use shops as the provincial government outlines its rollout of the drug distribution.

After weeks of speculation, on Monday (August 13) the Ontario government confirmed its plan for the sale of adult-use cannabis in the province through private retailers.

The recently elected Premier Doug Ford will scrap the system put in place by the previous Ontario administration, in favour of an open system with private retailers in mind. However the province will only have online-sales available for consumers after the legalization of cannabis on October 17.

“We will be ready to put in place a safe, legal system for cannabis retail that will protect consumers,” Minister of Finance Vic Fedeli said. The minister added added the government has no plans to be in the business of operating a network of cannabis shops in Ontario.

A report from Marijuana Business Daily indicated the Ontario system is expected to see up to 500 retail licenses by the spring of 2019.

The government announced the introduction of an approving seal for “legitimate retailers” carrying product from licensed producers (LPs) only.

This decision from the Ontario government represents yet another delay for cannabis consumers in the province to gain legal retail options to purchase the drug.

Following the approval of Bill C-45 in the House of Commons and the Senate, Canadian Prime Minister Justin Trudeau confirmed the enactment of the bill was set in October, to accommodate the needs from the provinces to properly set up their models.

Municipalities in Ontario will be given what the provincial government is calling a “one-time window” to decide whether or not they will allow retail shops of recreational cannabis.

The province announced retailer hopefuls will have to follow a set of new mandates in order to be approved.

“Ontario will begin to consult on a number of rules all retailers will be mandated to follow including set hours of operation and staff training,” the province said.

Several cannabis companies have expressed interest in the retail landscape particularly with the province of Ontario. It will be key for investors to follow the performance of companies with retail aspirations during Tuesday’s (August 14) trading session.

One recent case of a cannabis company making a specific purchase for an entry into the retail space was Canopy Growth (TSX:WEED; NYSE:CGC) acquiring Hiku Brands (CSE:HIKU).

On Monday the Horizons Marijuana Life Sciences Index ETF (TSX:HMMJ), which holds close to 40 cannabis stocks, closed the day with a 3.41 percent decline and a price of C$15.28.