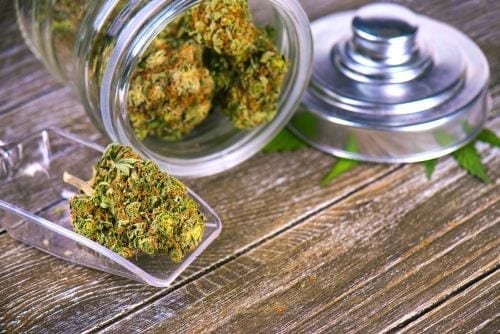 As part of its latest quarterly results, shared on Tuesday (October 1), the Alberta-based retail company states that its growth over the period was due to recent agreements to acquire 13 more licensed marijuana shops in British Columbia, Alberta and Saskatchewan.

Fire & Flower CFO Nadia Vattovaz told the Investing News Network (INN) the company is aggressively adding to its operations in Western Canada. The retailer has a substantial presence in Alberta.

Tuesday’s results brought a slight drop for Fire & Flower. After its share price opened at C$1.17, the company finished the trading session at C$1.16, a 2.52 percent decline for the day.

Fire & Flower projects that, by Q4 2021, it will have opened 135 retail locations across all of its addressable markets.

Along with British Columbia and Saskatchewan, Fire & Flower plans to further its reach into Manitoba. It aims to have a total of 45 stores opened by the end of its fiscal year in January 2020, said Vattovaz.

During the latest quarter, the Alberta-based cannabis company raked in C$11.1 million in revenue, an almost 17 percent increase in from the previous period’s revenue of C$9.5 million.

Net losses were reported at C$6.5 million for this past quarter.

In August, the company issued an 8 percent unsecured convertible debenture to a subsidiary of the Quebec-based multinational company at a value of about C$26 million, representing an almost 10 percent ownership interest in the cannabis firm on a pro forma fully diluted basis.

The investment will result in a minimum of C$380 million in capital for Fire & Flower’s global expansion. The company plans on leveraging Couche-Tard’s international infrastructure for opportunities abroad.

Couche-Tard currently boasts a network of 9,792 convenience stores throughout North America, across 48 states in the US and 10 provinces in Canada.

Though it is not currently possible to sell cannabis products at convenience stores in Canada, Vattovaz told INN the company is in the early stages of leveraging Couche-Tard’s retail presence in the US.

“There’s a compelling offering there, potentially, where we can partner with Couche-Tard and our brand on … the type of products that we may want to sell through US,” she said, adding that the company’s movement into the country will come down to legal permissibility, since cannabis is still illegal at the federal level in the US.