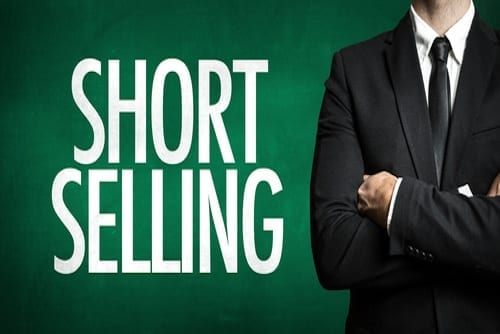 A new report indicates that the Bank of Montreal has elected not to allow investors to short cannabis stocks.

As the hype surrounding cannabis legalization in Canada continues to simmer down, one major bank has pulled the plug on allowing investors to short cannabis stocks.

The Bank of Montreal (BMO) (NYSE:BMO,TSX:BMO) runs a self-directed brokerage called InvestorLine. According to a report from the Financial Post, a number of investors have recently been turned down when trying to open short positions on cannabis stocks.

BMO supposedly told these investors that shorting simply will not be possible for any cannabis stock.

The marijuana stock market has seen its fair share of volatile periods, and short positions have risen as bets against dominating stocks in the space increase.

Shorting a stock is an investment strategy in which an investor or a trader places a bet that a particular company’s share price will drop.

Investopedia describes the action of short selling as when “a position is opened by borrowing shares of a stock or other asset that the investor believes will decrease in value by a set future date — expiration date. The investor then sells these borrowed shares to buyers willing to pay the market price.”

According to the investors who spoke with BMO, they were denied the ability to short cannabis stocks due to market volatility. The move from the bank seems to be recent, with one investor stating that they had opened a short position on CannTrust Holdings (NYSE:CTST,TSX:TRST) through InvestorLine in July.

Other major banks such as the Toronto-Dominion Bank (NYSE:TD,TSX:TD), the National Bank of Canada (TSX:NA,OTC Pink:NTIOF) and the Canadian Imperial Bank of Commerce (NYSE:CM,TSX:CM) remain free of restrictions on cannabis stocks.

EditedOne of the favorites for short sellers has been Tilray (NASDAQ:TLRY), a cannabis producer that has seen one of the most volatile performances since its initial public offering in July 2018.

According to S3 Partners, short sellers of cannabis stocks have had a tough year, but recently have experienced some significant gains.

“Short selling is fairly concentrated to a handful of names, with the top 20 shorts making up over 85 (percent) of the total shorting executed in the sector,” Ihor Dusaniwsky, managing director of predictive analytics at S3 Partners, wrote in a report.

At the Lift & Co. (TSXV:LIFT,OTCQB:LFCOF) Cannabis Business Conference in Vancouver earlier this year, Neal Gilmer, equity research analyst with Haywood Securities, told investors that the prominence of short sellers may be attributed to the high interest the sector has seen with its rampant growth.

With files from Bryan Mc Govern.