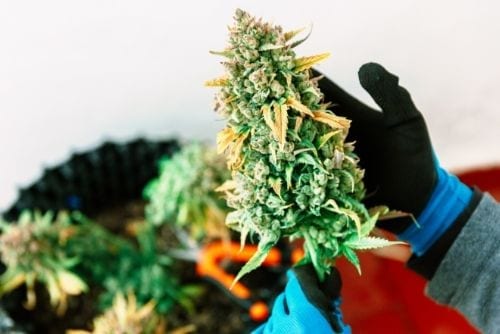 Alberta’s cannabis distribution agency has now followed in the footsteps of Ontario, which made a similar decision last month.

The catastrophic summer of cannabis producer CannTrust Holdings (NYSE:CTST,TSX:TRST) continues as another provincial distributor says no more to its products.

On Thursday (September 19), the Ontario-based marijuana firm confirmed that the Alberta Gaming, Liquor and Cannabis Commission (AGLC) will be returning C$1.3 million worth of its products. CannTrust told investors the products will be returned under the terms of a cannabis supply agreement, which dictates that items sold to the AGLC can be returned at the expense of the company.

Health Canada discovered previously that CannTrust had been growing cannabis illegally in unlicensed rooms at its facility in Pelham, Ontario.

The firm noted that the AGLC works independently of Health Canada, and the federal regulator has not ordered a complete recall of its products. However, Alberta’s cannabis distribution agency has now followed in the footsteps of Ontario’s similar decision.

A representative from the AGLC said in an email to the Investing News Network (INN) that the return of these products, which include dried flower and cannabis oils, is directly related to the CannTrust license suspension. The spokesperson added, “(The AGLC) would consider stocking CannTrust product in the future should Health Canada reinstate its license.”

The decision from Alberta follows shortly after CannTrust got its license suspended from Health Canada on Tuesday (September 17).

In an email, a spokesperson for CannTrust said, “(The company’s priority is to) satisfy regulators that the Company meets or exceeds all regulatory requirements so it is in a position to resume operations and to regain the trust and confidence of shareholders, patients, customers and partners.”

CannTrust told investors that Health Canada will reinstate the licenses once it fully deals with the reasons behind the suspension. The firm is on a timeline of 10 days, following the suspension, to answer the comments from the federal regulator.

As mentioned, Alberta has joined Ontario in returning products to the firm. In August, the Ontario Cannabis Store (OCS) notified CannTrust of a product return of C$2.9 million worth of what the OCS called “non-conforming products.”

A spokesperson for the OCS told INN that the retirement of the marijuana products was done “consistent with the OCS’ obligation to operate its business in a responsible manner.”

Fortunes for the once-promising company, and its investors, turned sour when the federal regulator found its facility in Pelham to be non-compliant for growing cannabis in unlicensed rooms back in July. Since then, shares have dropped over 60 percent in value. 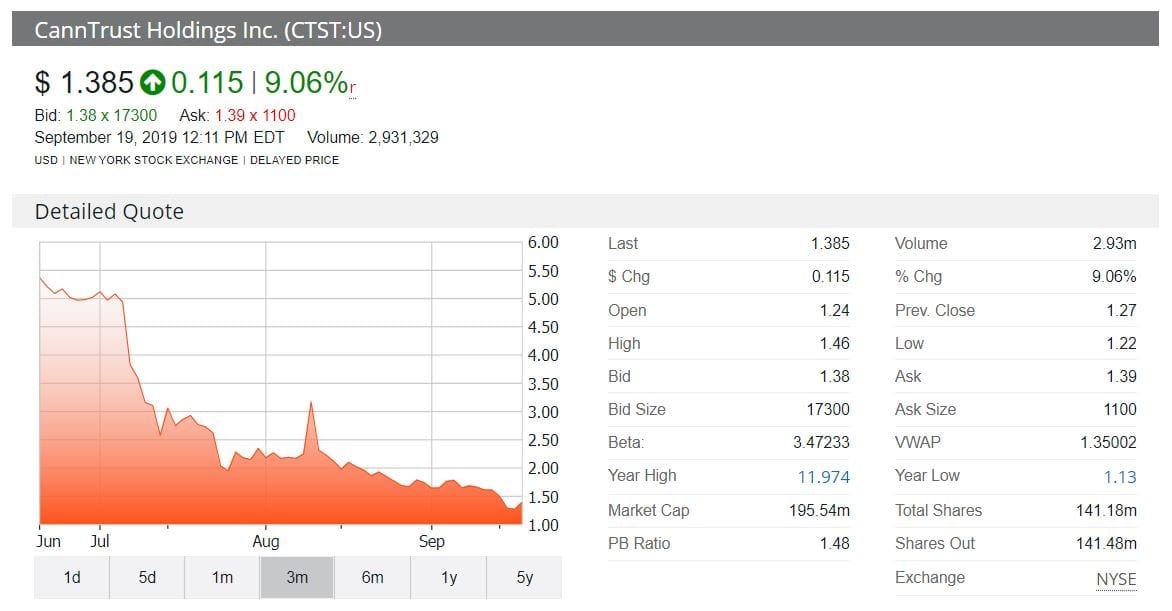 After the non-compliant rating, thousands of kilograms of the company’s products were put on hold, Ontario and Alberta both pulled stock from shelves and CannTrust’s Danish partner put the company’s stock under quarantine until the matter was resolved.

In response to the growing scandal, CannTrust fired then-CEO Peter Aceto and forced former chairman Eric Paul to resign after a report from the Globe and Mail found the two men, along with other high-level executives, were aware of the illegal growing.

Matters were made worse when it was revealed executives asked employees to hang false walls to hide the rooms in question during routine inspections from Health Canada. Aceto was replaced by Robert Marcovitch as interim CEO.

One response to “Alberta Joins Ontario in Returning CannTrust Products”