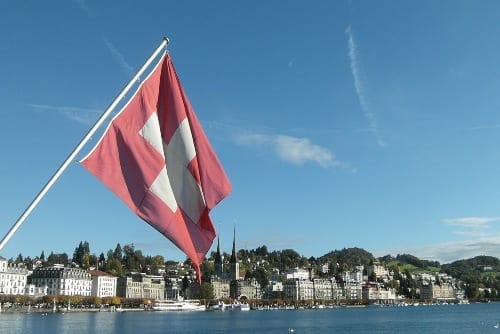 Roderick Stephan, co-founder of Altitude, said Europe offers an early entry option for those willing to participate in the nascent industry compared to the advanced markets in the US or Canada.

An American investment company has made its first move into the European cannabis space.

The privately held investment firm has described its new investment as “the leading supplier of top-tier CBD isolate products in Europe.”

Roderick Stephan, co-founder of Altitude, told the Investing News Network (INN) that this move will help solidify the company’s stake in Europe as the market continues to develop over time.

“On the one hand, people think it’s going to evolve much more quickly because of this past experience in North America. On the other hand, the different countries and different opinions about medical cannabis, as well as about CBD wellness, make it a much different evolutionary path,” said Stephan.

He added, though, that Europe poses an “attractive risk/reward” factor because investors are still able to get an early position compared to the evolving markets in the US and Canada.

Stephan told INN in an email that AIM is attempting to gain the most out of its early mover status in the emerging European cannabis marketplace.

According to Stephan, the European market lags behind North America’s by three to four years.

Stephan cited KannaSwiss’ prominence in CBD extraction and its operational success as the main factors for AIM’s investment in the manufacturer.

Funds from the investment will be used by KannaSwiss to scale up its extraction operations for CBD isolate and distillate, and help it develop marketing for its line of branded CBD extracts, supplements and edible products.

The investment will also help KannaSwiss attempt to attain the ISO 9000 quality standard as well as good manufacturing practices certification.

The ISO 9000 quality management system, established by the International Organization for Standardization, is a set of international quality standards that helps companies maintain an effective quality assurance system.

KannaSwiss CEO Boris Blatnik said in a statement that the company is focusing on maintaining its reputation as a trusted CBD brand.

“Swiss manufacturing holds itself to the highest standards, so I am confident that my team’s dedication to quality and innovation will produce a leading line of products on the European market,” he added.

One of the benefits of this transaction for AIM is the chance to operate in Switzerland, which has a higher tetrahydrocannabinol (THC) allowance for cannabis plants than other countries on the continent, according to Stephan.

In Switzerland, products made from cannabis plants that contain up to 1 percent THC can be bought and sold legally. Other countries in the EU have THC content capped at 0.3 percent.

Legislation on cannabis use is still fragmented across Europe, but analysts have been favorable about the continued growth of Europe’s cannabis space.

A report from Prohibition Partners projects Europe’s cannabis industry could be worth 123 billion euros by 2028. Estimates from Brightfield Group say the cannabis space in Europe was worth US$318 million in 2018 and could grow over 400 percent through 2023.

AIM plans to focus its efforts on private cannabis companies in Europe’s supply chain. Stephan said the firm plans on expanding its portfolio in Europe into 2020 with more investments, noting that the firm is also interested in exploring investment opportunities in Israel’s burgeoning cannabis research space.

One response to “AIM Invests US$5.5 Million in European Cannabis Space”