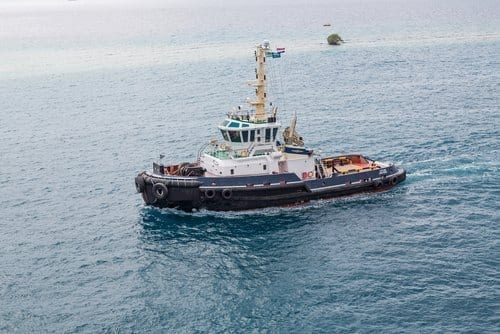 As Pilbara Minerals continues to ramp up production at its Pilgangoora lithium-tantalum project in Western Australia, its first shipment of spodumene concentrate has set sail for North Asia.

Pilbara Minerals (ASX:PLS) has successfully bid adieu to the first shipment of spodumene concentrate from its Pilgangoora lithium-tantalum project in Western Australia.

The shipment, which departed from Port Hedland on the company’s charter vessel, is en route to Pilbara’s offtake partners in North Asia. In total, 8,800 wet metric tonnes (wmt) of both coarse and fines spodumene concentrate grading 6.1 percent lithia and 1.2 percent iron (III) oxide were shipped.

Pilbara’s managing director and CEO, Ken Brinsden, applauded the shipment and highlighted it as a major moment for the company in a statement.

“From our employees and contractors to our shareholders and partners, this is a milestone of which we can all be extremely proud,” he said.

“Delivering this project from first drill-hole to first product on ship within four years is an outstanding result, which completes Pilbara Minerals’ elevation into the ranks of Australia’s mid-tier mining companies,” Brinsden added.

Brinsden elaborated on Pilgangoora’s next steps as the project continues to ramp up production and a Stage 2 expansion becomes front of mind. He highlighted that Stage 2 will be funded through agreements with offtake customers.

“This marks the start of regular product shipments as we continue to ramp-up Stage 1 to nameplate capacity and work towards a final investment decision on the Stage 2, 5Mtpa expansion,” he said.

“With strong support from our offtake partners and financiers, this expansion will position Pilbara Minerals to become one of the top-three lithium raw materials producers in the world by 2020.”

Pilgangoora has seen major milestones in recent months, with its first 85,000 wmt of direct-shipping ore being sent to China in June; the project also saw its first concentrate production that same month. Going forward, Pilbara intends to load its next vessel with 15,000 wmt in the third week of October.

In addition, the company recently released a definitive feasibility study for Stage 2 at Pilgangoora. It indicates annual production at the project will be 800,000 to 850,000 tonnes of 6-percent spodumene concentrate and 800,000 pounds of tantalite over a 17-year lifespan.