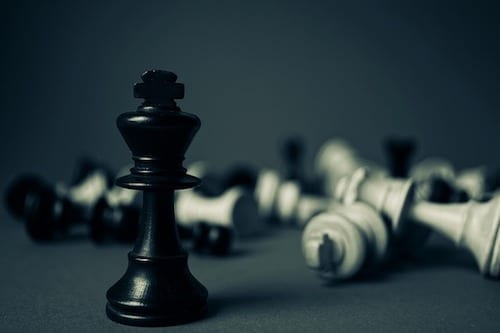 The fight for Atlas Iron has been narrowed down to Fortescue Metals Group and Redstone after Mineral Resources’ withdrawal from what has now become a bidding war.

The three-company battle for Atlas Iron (ASX:AGO) just narrowed down to two, with Mineral Resources (ASX:MIN) withdrawing from the bidding war.

Mineral Resources originally agreed to merge with Atlas in April, and the deal was supposed to be completed by August. However, in recent weeks, Redstone, a subsidiary of Gina Rinehart’s Hancock Prospecting, has snatched up a 19.96-percent share in the company.

Within the same time period, Fortescue Metals Group (ASX:FMG) has picked up a 19.9-percent stake in Atlas, turning the situation into a three-way tug of war.

The most recent shake up to the situation came on Monday (June 18), when Redstone put down a AU$390-million cash takeover bid for Atlas at 4.2 cents a share, forcing Mineral Resources and Fortescue to weigh their options.

Aside from an initial statement made on Monday following Redstone’s bid, when it said it would be assessing its options, Fortescue has not made any announcements about its plans regarding Atlas.

The fight for Atlas reportedly stems from the company’s involvement in the joint venture North West Infrastructure, which has plans to develop two new berths at Port Hedland in Western Australia.

The port, which services much of the Pilbara region’s iron ore exports, currently has a single berth with a capacity of 13 million tonnes; the expansion would push that number up to 50 million tonnes.

Atlas recently met some resistance from the Western Australian government regarding the expansion plans, specifically from transport minister Rita Saffioti, who told the company that the berths are reserved for junior miners. Saffioti also said the decision will fall to the Pilbara Ports Authority, leaving some wondering if the project will still come to fruition.