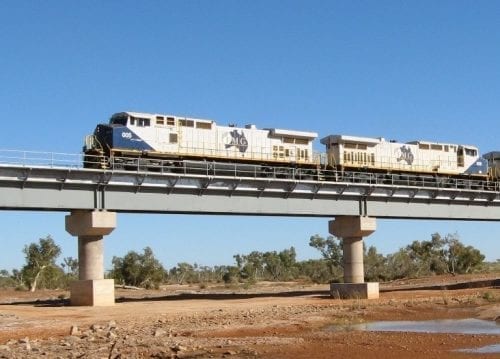 Fortescue has purchased 15 percent of Atlas Iron in what appears to be a bid to interfere with the proposed takeover of the smaller company by fellow Australian miner Mineral Resources.

Australian iron ore miner Fortescue Metals (ASX:FMG) has purchased 15 percent of Atlas Iron (ASX:AGO) in what appears to be a bid to interfere with the proposed takeover of the smaller company by fellow Australian miner Mineral Resources (ASX:MIN).

In an announcement on Thursday (June 7), Fortescue said it has acquired the shares at AU$0.04 each. The company already had an economic interest through a cash-settled swap relating to notional shares equivalent to approximately 4.9 percent of Atlas Iron’s ordinary shares.

With a 19.9-percent interest in the iron ore miner, Fortescue is now in a position to block a proposed takeover by Mineral Resources — something Fortescue explicitly said it would be doing while leaving the door open to renegotiated terms.

“Fortescue does not intend to support the proposed scheme of arrangement between Atlas Iron and Mineral Resources on its current terms, but reserves the right to do so,” says the release.

Mineral Resources and Atlas Iron agreed to merge operations in April, with the companies announcing that combining iron ore assets would enable them to “exploit greater synergies and economies of scale, which will drive down costs to ensure the consolidated iron ore business is sustainable in the new environment of lower global prices for low grade iron ore.”

The plan was supported by the Atlas Iron board of directors, and touted by both companies as a way to protect Western Australian jobs.

Atlas Iron has a number of producing, expanding and planned operations in the Pilbara region, while Mineral Resources’ portfolio consists of various mineral targets and exploration projects, as well as various support businesses in infrastructure around mining, including transportation of ores, also in the Pilbara region.

Fortescue Metals is itself the biggest landholder in the Pilbara, clocking in as the fourth-largest iron ore producer globally. It has three operational mines with an additional major mine in the works, and has 620 kilometers of private railway connecting its assets to Port Hedland on the Western Australian coast.

The deal between Mineral Resources and Atlas Iron had been due for completion in August 2018 — a timetable now in doubt. Fortescue Metals has not released any additional details as to its next steps.

The company was trading on the Australian Securities Exchange on Thursday at AU$4.74, down 1.25 percent. Mineral Resources was trading at AU$18.86, up 0.59 percent.