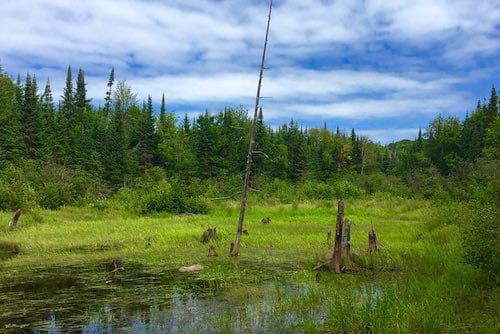 For US$375 million in cash, Evolution will acquire its sixth gold asset — the Red Lake gold complex in northern Ontario, Canada.

For the cool price of US$375 million in cash, Evolution will acquire its sixth gold asset in the Red Lake gold complex in northern Ontario, Canada.

Red Lake will be Evolution’s first asset outside of Australia, where it has five operations across three states and an economic interest in another mine operated by Glencore (LSE:GLEN).

In the Tuesday (November 26) release, Evolution talked up the potential of the Red Lake complex, which includes two complexes with their own associated mill operations, as well as another mine.

The lower number in 2019 is due to Newmont Goldcorp throttling investment in the complex as it sought a buyer, not because the mine has being depleted.

According to the most recent estimates by Newmont Goldcorp, Red Lake has ore reserves of 9.2 million tonnes grading 7 grams of gold per tonne for 2.1 million ounces of gold, as well as significant mineral resources.

The addition of the complex would increase Evolution’s total annual gold production by 22 percent to 910,000 ounces according to the company presentation, making Evolution one of the larger mid-tier gold miners akin to Kirkland Lake (ASX:KLA,TSX:KL,NYSE:KL), and putting it ahead of fellow Australian gold miner Northern Star Resources (ASX:NST,OTC Pink:NESRF).

For Newmont Goldcorp, Red Lake represented a mid-level North American operation, but it was on the smaller side when compared with the company’s global portfolio.

“Red Lake is an undercapitalized asset which, through a committed investment in development and exploration, is intended to become a cornerstone asset in the Evolution portfolio,” said Evolution Executive Chairman Jake Klein. “The camp has significant exploration potential which, coupled with its relatively unexplored recent past, provides significant upside potential for Evolution to extend the longevity of the operation well beyond its current 13-year life of mine plan.”

The US$375 million cash to be handed over upon the completion of the transaction could be followed by up to US$100 million if Evolution manages to make any shiny new discoveries within the wider complex.

Indeed, the exploration potential is part of Evolution’s reasoning for wanting the extra asset, with the company highlighting the region’s historical gold production and its location within a tier 1 mining-friendly jurisdiction.

According to the company presentation, “(The) acquisition of Red Lake establishes a ‘beach-head’ operation for Evolution in one of Canada’s most prolific gold districts.”

Evolution has committed to invest another US$100 million into the complex’s existing operations, as well as US$50 million of exploration in the first three years after the transaction is closed.

The acquisition will be paid for by a AU$600 million senior unsecured term loan through Evolution’s lending banks.

According to Newmont Goldcorp, the transaction is expected to be closed in the first quarter of 2020, and it will be using the US$375 to return cash to shareholders.

On the Australian Securities Exchange on Tuesday (November 26), Evolution Mining was trading at AU$3.90 at market close in Sydney, up by a modest 2.36 percent. Meanwhile, Newmont Goldcorp was slightly down at C$50.23 in Toronto.