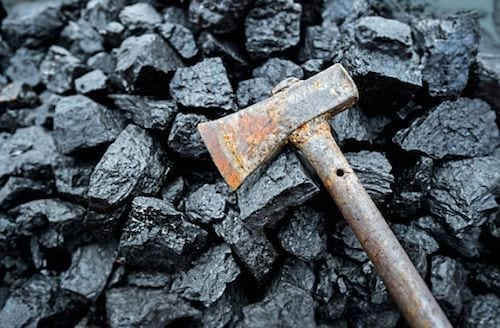 Adani Mining has taken another step forward at its Carmichael coal project by beginning roadworks at the asset in Queensland.

Adani Mining has taken another step forward at its Carmichael coal project by beginning roadworks at the asset in Queensland.

The company can only make so much progress under current legal approvals, but roadworks will include work on grid bypasses to transport larger machinery and equipment to the site. Adani is collaborating with a regional Queensland business for various work on the access road to Carmichael.

“The road upgrades are an important step to prepare for the construction of the Carmichael project to ensure larger equipment can be transported to site, and the infrastructure meets future demand for increased traffic,” Adani CEO Lucas Dow said in a statement.

“We’re getting on with doing everything we can under our current approvals.”

The project, set to be built in Queensland’s North Galilee Basin, is docketed to produce 27.5 million tonnes of coal annually during its first stage.

However, the project has faced several roadblocks on its path to development; in November 2018, parent company Adani Group (BSE:512599,NSE:ADANIENT) agreed to finance the mine and its accompanying rail line in full when Adani was unable to find an outside investor.

A month later, Carmichael hit another snag when the Queensland state government refused to sign off on project plans until further investigating the proposed mine’s environmental impact.

“Two plans are yet to be approved before any significant disturbance can commence at the Carmichael coal mine,” Queensland’s department of environment and science said in a statement.

Dow went on to say that the company has submitted its remaining management plans and is currently waiting on the Queensland government to begin construction.

“In relation to the approval of these plans and getting started, we have certainty of process and timing at both the federal and local government levels however the Queensland government has to date been unwilling to commit,” he added.

“We are simply seeking a fair go from the Queensland government, as we are committed and wanting to start delivering upon the 1,500 direct jobs and 6,750 supporting jobs that the Carmichael project will deliver for central and northern Queensland.”

The Galilee Basin took center stage earlier this month, when a bill was proposed to ban coal mining in the major Australian asset. The bill, which is still currently under review in Australia’s federal senate, sparked outrage from the Queensland Resources Council (QRC) and the Minerals Council of Australia.

“This bill doesn’t stack up. It would be little more than an act of self-sabotage which would cost Queenslanders their jobs for no reason and for no reduction in the global use of coal,” said QRC Chief Executive Ian Macfarlane.

Coal is one of Australia’s biggest exports on a federal scale, with Queensland in particular relying on the commodity for its economy. In the 12 months to November 2018, coal exports from Queensland increased by $4 billion to $43 billion, helping the state break records by reaching export totals of $80.5 billion during that timeframe.

One response to “Adani Begins Roadworks at Carmichael Coal Project”