Supernatural Announces Supernatural Boxing: A Full Body Fitness Experience For Home And Beyond

Supernatural Boxing provides expertly coached workouts, from "Boxing Basics" to "Pros Only," inviting members to punch, block, shuffle and slip to the beat of their favorite music in captivating environments, all while seamlessly, digitally tracking their fitness without ever leaving home.

Supernatural is the comprehensive VR fitness and wellness solution for leading an integrated, healthier lifestyle; from core to cardio, stretching to meditation, there's a mode of expression to address and achieve a full range of fitness goals. The addition of Supernatural Boxing invites members to "go the distance" offering new goals and challenges for mind and body and an entirely fresh perspective on fitness.

"Supernatural Boxing is an incredible workout that recruits new muscle groups and focuses the mind," said co-founder and CEO Chris Milk . "It continues our quest at Supernatural to find new ways to reimagine exercise as something to look forward to, and change as many lives as possible in the process."

Supernatural Boxing will be led by Supernatural's dynamic roster of expert coaches and overseen by Head of Fitness and Muay Thai athlete, Coach Leanne Pedante .

"Practicing boxing and kickboxing for the past decade has changed my life, filling me with a confidence and strength I never had before," states Pedante. "Now, Supernatural Boxing is offering that in an unbeatable VR format, eliminating the intimidation factor of attending a class or striking out at the gym, and instead empowering athletes in yet another modality."

All Supernatural Boxing workouts include the following:

Supernatural's command of bleeding-edge technology, compounded with its cohort of expert coaches, continues to provide members with breathtaking experiences that change and challenge what we know about exercise. Supernatural Boxing instantaneously transports members to the world's most beautiful locations and then transmits music-sycnhed haptic feedback to its athletes in real time, for a transformative, fully immersive fitness routine that's completely engaging and a joy to stick to:

Supernatural Boxing is now available via the Supernatural app in the Oculus Store. Each Supernatural membership includes access to the full and ever-expanding catalog of integrated fitness offerings plus a curated selection of Supernatural Programs and Collections designed to help members meet individual fitness goals with results that benefit both body and mind. Sign up for a free trial followed by $18.99 /month or $179.99 /year. Membership automatically begins and renews monthly after the free trial ends. Cancel at any time. For details visit www.getsupernatural.com

Supernatural launched in April of 2020 as the world's first subscription-based, full-body fitness service for virtual reality. Designed for Oculus Quest and paired with your smartphone, Supernatural provides users with expertly coached daily workouts, detailed fitness tracking, an expansive catalog of music and a chance to exercise in the world's most beautiful locations without ever leaving home. 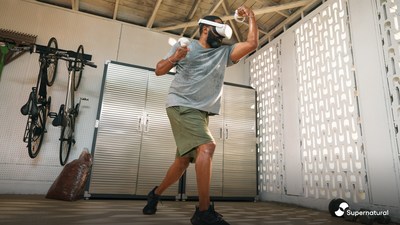 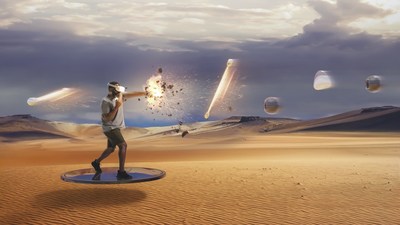 Swarmio Media Appoints Mr. Elie Jeitani to its Board of Directors

Mr. Jeitani is the Founder and CEO of WestBridge Telecom, One of Swarmio's Strategic Telco Distribution Partners

Swarmio Media Holdings Inc. (CSE: SWRM) (OTC: SWMIF) (GR: U5U) ("Swarmio" or "the Company"), a technology company focused on the global deployment of its proprietary Ember gaming and esports platform, announces it has appointed Mr. Elie Jeitani to its Board of Directors (the "Board").

ONE 164: Pacio vs Brooks will be first live event this Saturday –

The collaboration will be framed around LIMITS powered by UCOLLEX 20-minute Art Battle tournament and FaZe Forever to bring the art, esports, entertainment and Web3 experience together.

UCOLLEX a company backed by Animoca Brands, will partner with FaZe Clan to bring its Japanese competitive art concept to NFT Now and Mana Common's The Gateway in Miami from November 29 - December 3 2022.

- Pathea today announced the release of its new simulation game, Let's School which will be released in 2023, made by a small team led by producer, Lanka. In this game, the player will return to their alma mater as the new headmaster. Through great efforts and management skills, the player can restore the now worn-out school building to its former glory and beyond, even becoming a school known all around the world for its excellent education and stellar curriculum.

But the process of building the school is bound to be a painstaking one - in addition to realizing your vision, you will also have to contend with a variety of disorderly students - bullies who harass their peers, 'opportunists' who sneak contraband into the school, students who complain about the lack of recreational facilities and drop out, and many more. For the sake of the students and the future of the school, you as the headmaster will have to take decisive measures to rectify these malpractices.

For example, you can pick up a student who has dozed off in class and punish them with a standing order. For the smugglers, you can start checking for and confiscating prohibited items at the school gate. As for students who blatantly skip school, you may have no choice but to send teachers outside the school to track them down. It's not easy managing teenagers!

Of course, for those headmasters who long for some reminder of their own youth, you'll find it in Let's School: the game offers many customization options. Design your uniforms based on your own experiences, or perhaps your favorite high school anime. Decorate and color the rooms to your heart's desire.

The school may be deserted when you first join, but you can change that by designing the uniforms, repairing the classrooms, recruiting teachers, establishing clubs and more until soon enough, your school is teeming with life. As your school grows, you will then start to experience a rich and beautiful story of youth, slowly watching the adolescent lives of your students unfold.

The developers of Pathea are taking a step outside of the My Time series with the release of My Time at Portia on Steam in 2018, which has gone on to sell over 2.7 million copies and receive a 92% positive feedback rate in the years since.

After nine months of independent development, the producer's demo of Let's School attracted a lot of praise and encouragement from its audience. Support and suggestions from the players have also helped to bring Let's School from idea to reality, and the addition of more team members has helped to enrich the content of Let's School greatly as well.

The project is currently in steady development by a small team and is scheduled to be released on Steam in 2023.

- NetDragon Websoft Holdings Limited ("NetDragon" or "the Company", Hong Kong Stock Code: 777), a global leader in building internet communities, is pleased to announce that its subsidiary, Promethean, a leading global education technology company, has acquired substantially all of the assets of Explain Everything, a leading digital whiteboard platform for creating engaging lessons, activities, and interactive presentations. Through the strategic acquisition, Promethean is expected to add to its product portfolio a revenue-generating application tool that addresses one of the most common use cases of its customers. This acquisition will also  support the development of new and better solutions that would address teaching, learning, and collaboration needs, and ultimately enable the scaling of future software subscription revenue stream.

Wemade announced a strategic investment in DRX, a esports company

Wemade announced a strategic investment in DRX. The companies will join forces in leading eSports fan culture and integrate it with the WEMIX platform for ecosystem expansion. 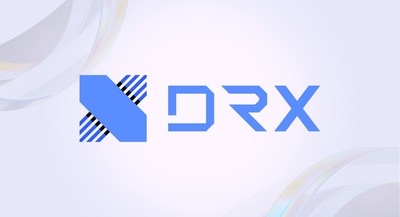 Founded in 2012, DRX is a Korean eSports company whose eSports teams include games such as League of Legend, Warcraft 3, Tekken 7 and more.

DRX's League of Legend team recently won the 2022 LoL World Championship, and Valorant team recorded 103 wins and 4 draws during a year and a half since its debut. With 22 championships under its belt, the team is considered to be the strongest in Asia .

"eSports is a perfect fit for blockchain, since it has been evolving futuristically through repeated technical innovations," said Henry Chang , CEO of Wemade. "Through NILE, the DAO & NFT platform of WEMIX, we will complete a digital economy that connects gaming, entertainment, sports, art, and finance."

Over Subscribed Placement To Accelerate Exploration At Lithium Projects

Investor Presentation: “Leveraged to the Future”